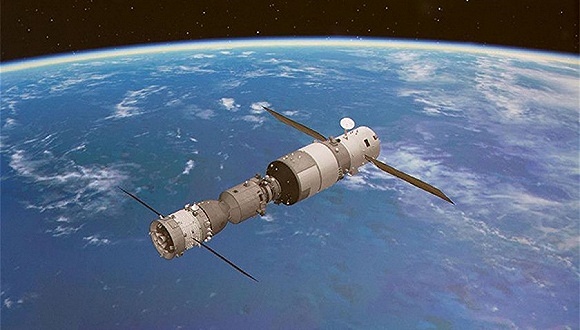 The Tianzhou-1 cargo spacecraft, which departed from north China’s Tianjin on Feb. 5, arrived at the Wenchang Space Launch Center in south China’s Hainan Province on Monday for assembly and testing, according to the China Manned Space Agency (CMSA).

Consisting of a cargo capsule and a propellent capsule, Tianzhou-1, the first cargo spacecraft independently developed by China, has a take-off weight of about 13 tonnes, up to six tonnes of which is payload. It can remain in space on its own for as long as three months.

It is capable of docking with the Tiangong-2 space lab and refueling it in addition to carrying out experiments and tests.

The Long March-7 Y2 carrier rocket is scheduled to arrive at the launch center in March, the CMSA said.

The launch of Tianzhou-1 will be a crucial step for China in building a space station by 2020, as cargo spacecraft are required to ship necessities to astronauts aboard the station.