China Moots Bullet Train between Xinjiang-Iran, Scaling up Investments there 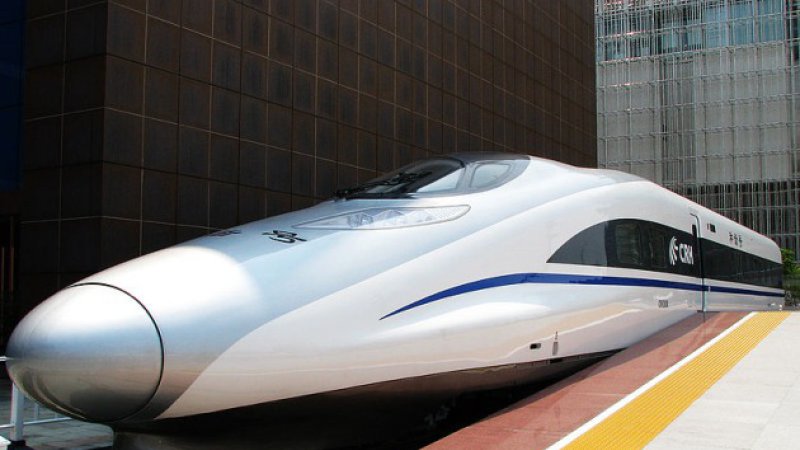 He Huawu, chief engineer of  China Railway Corp, put forward the proposal on Thursday at a forum on the One Belt, One Road Initiative hosted by  China Civil Engineering Society.

His proposed route was from China’s Urumqi, which is provincial capital and Yining to Almaty in Kazakhstan, then to Bishkek in Kyrgyzstan, Tashkent and Samarkand in Uzbekistan, Ashgabat in Turkmenistan and finally blending into West Asia’s network through Teheran, Iran.

China is scaling up its investments in Iran following Tehran’s nuclear deal and lifting of sanctions.

He said, the northeast-southwest line would be complementary to the existing railway network in central Asian nations, which mostly run southeast to northwest toward Moscow, state-run China Daily reported.

What’s more important, it could get rid of the incompatibility between this region’s wide-gauge track systems and China’s standard-gauge system.

For years, the 1.52-meter track standard adopted in Central Asia has been a headache for logistics managers because it is not based on the 1.435 meter standard track adopted in China and most other parts of the world.

Changing gauges at the border takes days for cargo and significantly cuts railway transport’s competitiveness against shipping by sea, the report said.

It is unlikely now to persuade those countries to change their existing railways, He said, but the high-speed rail he envisions along the new route would connect seamlessly to China’s network and other regions.

That’s because the worldwide standard for fast rail is the 1.435 meter variety, so a new line could be built based on it.

The bottleneck undermined the idea of a large-capacity corridor.

According to He, container trains and passenger trains could run on the same route. The only difference would be speed.

Other experts cautioned that an Asian railway link has been under discussion for a long time and has not materialised mainly because of various geopolitical concerns of the countries along the route.