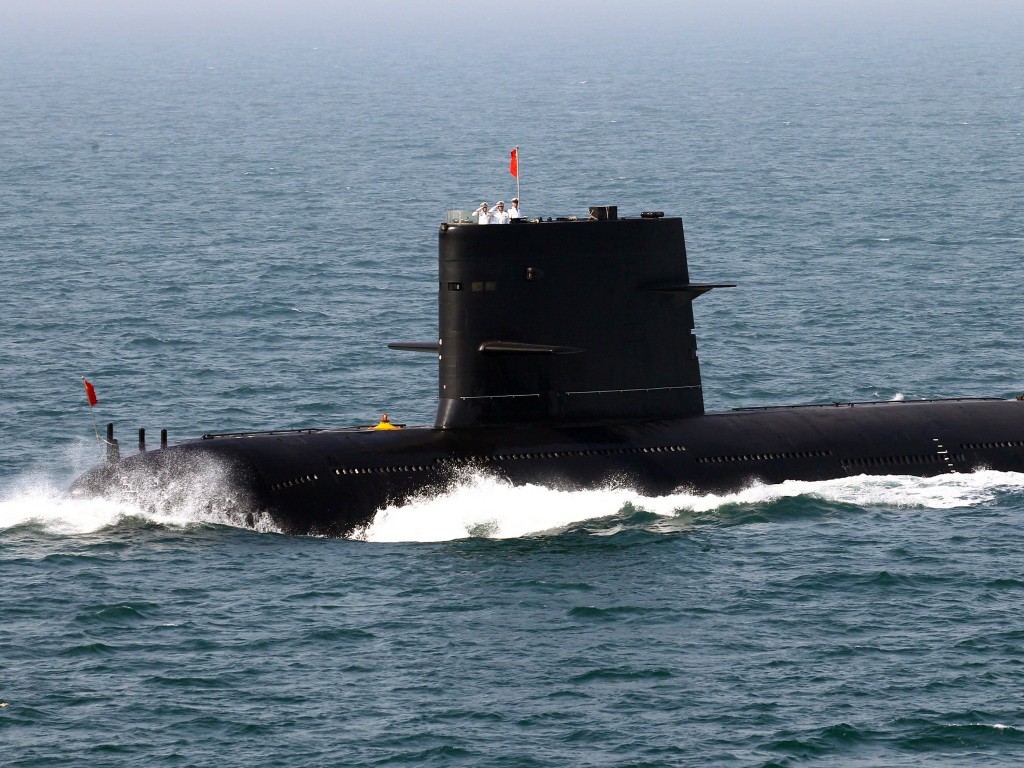 SINGAPORE/CAIRO (Reuters) – China is trying to sell two submarines to Egypt that are cheaper than vessels on offer from Germany, industry sources told Reuters, as Beijing looks to expand weapons exports beyond its traditional customer base in Asia.

Beijing has sought to undercut Western submarine makers on price and by offering attractive export-credit terms for sales in Asia, the sources said. It has won deals with Pakistan and Bangladesh so far.

An Egyptian military source said China had offered to sell submarines to Cairo.

“We are studying it, but it is not an easy decision,” said the source, who declined to give details or be identified because he was not authorized to talk to the media.

An Egyptian military spokesman said he “had no official details” on the issue. China’s Defense Ministry did not respond to a request for comment.

Two industry sources familiar with the matter said Cairo wanted two more submarines after ordering an initial two from ThyssenKrupp Marine Systems (TKMS) of Germany in 2011 that are set to be delivered in 2017. TKMS has been in talks with Egypt for the additional two, they said.

While TKMS declined to comment, Germany’s Economy Ministry said it had authorized the construction of the two additional submarines for Egypt.

In a sign of developing ties, German company Siemens signed an 8 billion euro ($9.05 billion) deal with Egypt in June to supply gas and wind power plants.

Beijing had asked Egypt to consider its newer submarines as a lower-cost alternative, the sources said, adding they did not know the type of vessel China had offered or the precise pricing terms.

“Submarines are definitely on the cards, even though Egypt has been talking to Germany about the additional boats for a while,” said one of the industry sources.

Chinese submarines are built by Wuchang Shipbuilding, which is part of state-run China Shipbuilding Industry Corp . Neither company responded to a request for comment.

China and Egypt have long had friendly ties, and China supplied Egypt with four Ming-class diesel-electric submarines in the 1980s.

Egyptian President Abdel Fattah al-Sisi told Chinese President Xi Jinping during a trip to Beijing in December that he wanted more military and security cooperation with China, according to the official Chinese account of the meeting.

Xi made similar comments to Sisi when the Egyptian leader visited Beijing this month to attend a military parade marking the 70th anniversary of the end of World War Two. Chinese and Egyptian warships also held their first joint naval drills this month.

Sina News, a popular Chinese news site regulated by the government, said in a commentary last month that China’s submarine builders must “make preparations” to meet growing demand from Egypt and other countries in Africa.

China was Egypt’s best option for buying submarines because of Cairo’s budget constraints, it said.

Pakistan approved a deal to buy eight submarines from China earlier this year, while Beijing has also sold two submarines to Bangladesh.

In July, Thailand put on hold a plan to buy three Chinese submarines, citing the need to evaluate if its navy really needed the vessels.

China operates a fleet of some 70 submarines, allowing Beijing to project power throughout Asian waters.

“Their prices are much lower … and the Chinese export credit terms are extremely attractive for military products,” said the source, declining to be identified because of the sensitivity of the issue.

Security experts said they believed China was mainly offering a version of its Song-class submarine for sale on international markets. The vessel is a modern diesel-electric attack submarine that experts say incorporates Chinese adaptations of German and French systems.

The larger and newer Yuan class boat has a Chinese-designed air-independent propulsion system, according to Chinese news reports, which means it doesn’t need to surface as often as other diesel submarines. It also has a smaller acoustic signature, making it harder to detect.

Several experts, however, questioned how capable the propulsion systems and batteries are, and if they have kept up with Western submarines.

The Chinese might not have the best submarines on the market, but price was important for developing countries such as Egypt, said Richard Bitzinger, a regional security expert at the S.Rajaratnam School of International Studies in Singapore.

“It may be a challenge to coordinate operations when you have submarines manufactured by different countries, but that is not a concern for these developing countries as they are more bothered about what is the best deal for them,” he said.

« China Ready to Implement Trade and Economic Egreements with SCO Member Countries» India Will Continue to Be Part of Developing Country Group at Climate Talks: Javadekar