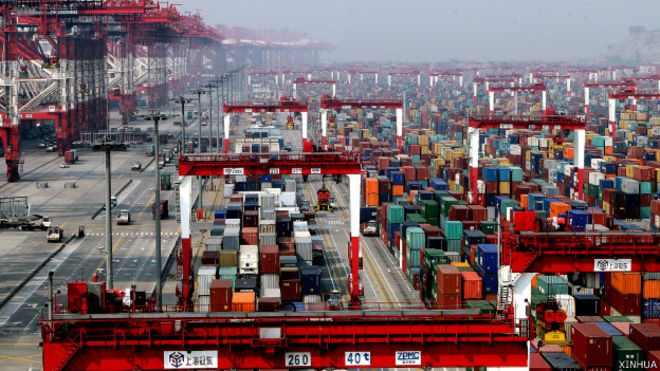 Among the positives from figures released by the National Bureau of Statistics (NBS) are a return to growth for housing construction, booming house sales, a pickup in fixed-asset investment and stable consumption growth.

NBS data showed that China’s value-added industrial output gained 5.4 percent year on year in the first two months of 2016, the lowest monthly growth since November of 2008.

China’s monthly year-on-year macro data in January and February are traditionally distorted by the effect of the lunar New Year, which is difficult to remove statistically due to the short sample periods and floating dates. That is why the NBS only publishes major activity indicators such as industrial production and fixed asset investment for January and February combined.

Weak industrial output in the Jan.-Feb period, however, was cushioned by investment and resilient domestic consumption.

Property investment growth recovered further to 3 percent year on year in the first two months, compared with the 2.1-percent decrease in December, which is especially encouraging since the base for the Jan.-Feb. period 2015 was visibly higher.

“Cyclical growth momentum may show more visible stabilization in March 2016, especially given the favorable base effect,” CICC said in a research note.

Tom Orlik, chief Asia economist at Bloomberg, said that a return to growth for real estate construction is a hopeful sign.

“The return to growth in a sector that remains China’s main domestic demand driver is clearly significant,” he said.

CICC said that China need to restore private sector’s investment confidence and improve investment efficiency, which holds the key to the sustainability of investment growth.

“It would benefit China over the medium term if macro policy takes advantage of a potentially benign cyclical environment to carry out much needed structural reforms,” it added.