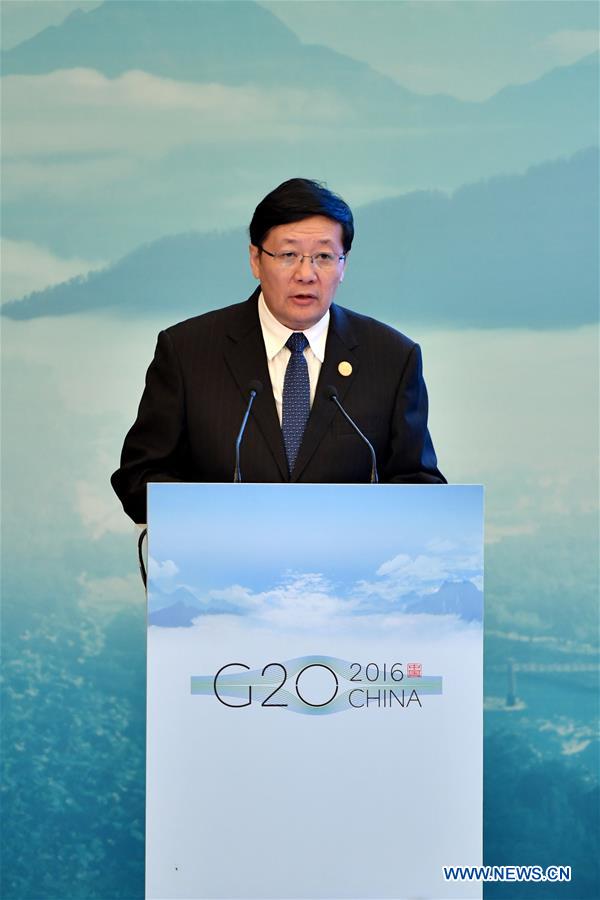 “The G20 should… support the development of a new international tax system which isfair, equal, inclusive and organized,” Lou said.

Because of imperfect global tax governance, around 4 to 10 percent of global corporateincome tax, equivalent to 100 billion to 240 billion U.S. dollars, is evaded through cross-border business activities each year, according to the Organization for EconomicCooperation and Development.

Economies under pressure to expand fiscal income have begun to strengthen overseastaxation, which requires a new tax system that is well coordinated globally.

Ninety-six countries and regions have promised to launch automatic exchange of taxationinformation by the end of 2017 or 2018, and an international protocol on multilateraltaxation cooperation has been endorsed by more areas.

There is still much room for expanding cooperation among G20 countries, Lou said.

Lou said that tax policy should assume a more important role in coordinating globaleconomic rules when “the effectiveness of fiscal and monetary policies is diminishing.”

As the pace of economic recovery is uneven from country to country, promoting growthremains the core agenda of the G20, Lou added.