China by Far the Largest Investor in African Infrastructure 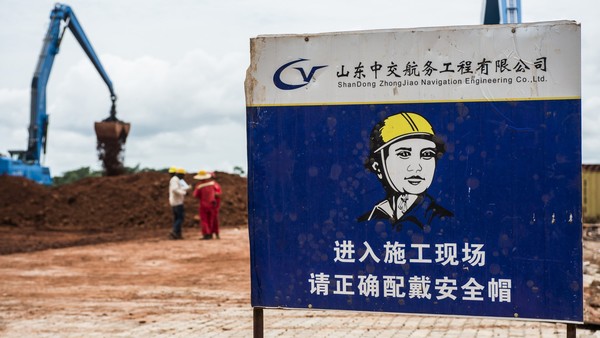 State-run development finance is behind 80 per cent of infrastructure funding in Africa, with China heading the list of investors, according to a report.

Despite steady growth in private sector funding in the past decade, the grip of the public sector could tighten further, with the Export-Import Bank of China having pledged $1tn to Africa in the coming decade, according to analysis by Baker & McKenzie, a law firm, and the Economist Corporate Network.

The Chinese lender’s pledge, if it materialises, would dwarf the investment flows currently provided by all public and private bodies globally.

Chinese institutions are already the largest single source of funds for African infrastructure, accounting for $13.4bn in 2013, the most recent year for which data are available, according to the report, Spanning Africa’s Infrastructure Gap, to be published on Monday.

But that could yet prove a drop in the ocean. Zhao Changhui, chief country risk analyst at the Export-Import Bank of China, told a conference in 2013 that his country would invest $1tn in the continent in the coming decade.

Mr Zhao reiterated that commitment when questioned by Herman Warren, Africa chief economist for the Economist Corporate Network and author of the report.

In particular, Mr Zhao said that as a result of China’s “one belt, one road” initiative, east African countries such as Ethiopia, Kenya and Tanzania were starting to receive more attention. Mr Zhao could not be reached by the Financial Times for confirmation.

Calvin Walker, global head of project finance at Baker & McKenzie, said “there is not a lot of visibility on these numbers, but Chinese investment is clearly significantly disproportionately large compared to the money coming in from other countries.”

Overall, the report found that development capital funding for African infrastructure totalled about $328bn between 2009 and 2014, some $54bn a year.

However, commercial lending is estimated to account for only an additional $9bn-$12bn a year, well below the projected $23bn cost of Crossrail, a single transport project in London.

In total, the annual flows are markedly below the $90bn a year of infrastructure investment that the World Bank estimated in 2009 was required in sub-Saharan Africa alone.

“Put bluntly, Africa cannot fulfil its economic potential without more and better infrastructure, particularly in the power, transport, and water and sanitation sectors,” said Gary Senior, chair of Baker & McKenzie in the region. “This needs funding one way or another for the ‘Africa rising’ growth narrative to come to fruition.”

The World Bank has estimated that Africa’s infrastructure gap reduces productivity by 40 per cent, cutting economic growth by 2 percentage points a year.

Analysis of 2013 suggests that flows from development institutions that year were $44bn, with the private sector contributing an additional $9bn.

Asia accounted for the lion’s share of the public money, some $15.9bn, with China accounting for $13.4bn of this, well ahead of Japan, the next largest investor, at $1.5bn. Multilateral development banks, the Americas and Europe also invested significant sums, ahead of the Middle East and Africa’s own regional development banks.

Between 2009 and 2014, two-thirds of investment by development finance institutions was directed to the power and transportation sectors, which received $37.1bn and $24.6bn respectively, ahead of the resources sector, water and sanitation, urban development and communications.

However, Chinese investment has been weighted towards transport facilities such as rail lines, roads, airports and seaports, as well as mineral extraction and production.

Marc Fèvre, a Baker & McKenzie partner focused on project development and financing, argued there was a “huge amount” of commercial, private sector money earmarked for African infrastructure, but that investors such as private equity groups “can’t find projects that meet their expectations”.

“We are increasingly seeing interest from private equity groups but the returns are not commensurate with the risk. There are not enough bankable projects,” added Mr Walker.

Moreover, many private groups are only willing to invest alongside development finance institutions, which are often seen as both more experienced and more likely to be consulted if a project runs into trouble.

“There is a view that having a DFI involved helps,” says Mr Walker. “It opens the door to the possibility of government-to-government communication.

“Even if [investing alongside a DFI] is not formal political risk insurance cover, it provides a level of comfort that the government is not going to pull the plug.”

Mr Walker believed private funding would rise once investors have gained confidence and understanding from successfully completing projects alongside DFIs.

However, the rise of China could throw a spanner in the works. While most western DFIs seek out private investors, as well as other DFIs, to work alongside them, the Chinese do not favour this approach.

The report quotes Mr Zhao as saying: “We do hope that we will have more opportunities to work with other institutions, private and other development agencies. But, in the real sense, it’s a very tough job.

“Each institution will have its own philosophy and conditions for financing; therefore, the negotiations will be very lengthy, documentation very tedious, and the time to really find someone to make a deal workable will be unreasonably long.

“It may sound good, but it’s not good in the real world. It’s always better [for us] to go alone. We have the financial resources for that. We are open to co-operation, but it happens very little.”