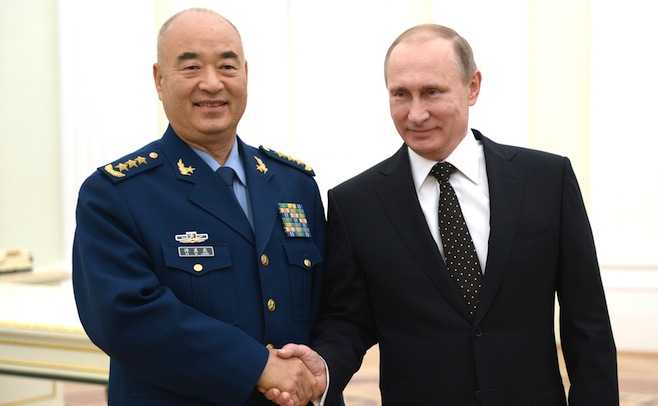 Moscow and Beijing are to hold their first computer-assisted missile defense drill in May, the TASS news agency reported Tuesday.

Russia’s Defense Ministry announced in a press release that the exercise will use “the combined operations of Russian and Chinese air and missile defense task forces” to provide protection “from accidental or provocative ballistic or cruise missile attacks.” Both countries maintain that the drill is not directed against a third party.

Although Russia and China have not entered into a formal military alliance, the two countries recently agreed to increase bilateral military cooperation.

On Friday, Russia’s Defense Minister Sergei Shoigu said that the two countries will increase the number of joint military exercises in 2016.

“We highly appreciate a high level of Russian-Chinese contacts both at the state and defense levels. This year we are going to hold more exercises and events than in past years,” Shoigu said, according to TASS.

Moscow and Beijing also recently united their foreign policy aims by making a joint appeal to the United States not to install a new anti-missile system in South Korea.

“This move goes beyond the defensive needs of the relevant countries. If it is deployed it will directly impact China’s and Russia’s respective strategic security,” Wang Yi said.

“Not only does it threaten the resolution of the peninsula’s nuclear issue, it quite possibly could pour oil on the fire of an already tense situation, and even destroy strategic equilibrium on the peninsula,” Reuters quoted the official as saying.