BEIJING, Nov. 27 (Xinhuanet) — China has announced that the sixth China-Africa cooperation forum will be held at the start of December. Vice Commerce Minister Qian Ke-ming said the forum allows a select group of Chinese companies to seek business opportunities by showcasing the best of their products. 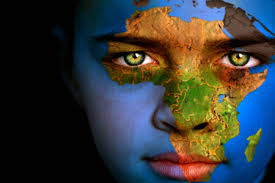 Qian said that since the launch of the forum, commercial ties between China and Africa have been deeply strengthened during the past few years. In terms of the investment and financing cooperation, China has offered loans of over US$ 20 billion to Africa. By the year 2014, the bilateral trade volume had reached US$ 222 billion, an increase of 20 times compared with the preliminary stage of the forum.

And the direct investment from China to Africa has reached 32 billion US dollars, an annual average growth of over 30 percent. Meanwhile, both China’s imports and exports with Africa have increased. The imports of wine from South Africa have seen a year-on-year growth of 309 percent.

Year-on-year growth for Kenyan coffee has been 84 percent and 22 percent for that of sisal hemp from Tanzania. Vice Commerce Minister Qian also expressed his deep confidence in the development of the bileral trade, due to the huge market demand driven by the rapid increase of Africa’s population.