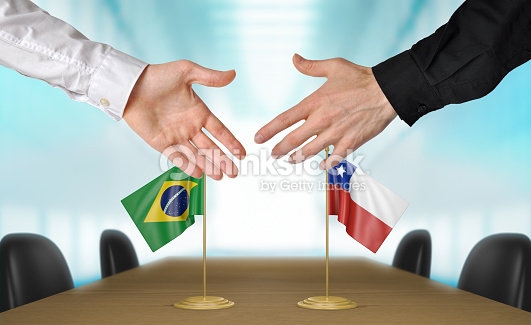 Brazilian President Dilma Rousseff and her Chilean counterpart Michelle Bachelet will meet on Friday to discuss, among a number of topics, plans to build a bioceanic highway corridor between the two countries, Chilean news outlet Pulso reported.

The proposed corridor would link Brazil’s Porto Mutinho municipality (Mato Grosso do Sul state) with the northern Chilean ports in the cities of Iquique and Antofagasta, intersecting regional neighbors Argentina and Paraguay, according to the daily.

The corridor would serve as a gateway for Brazilian commodities and agricultural production to Asian markets, while the project would enable Chile to solidify its position as a key node in the region’s supply chain, said Chile’s ambassador to Brazil, Jaime Gazmuri.

Gazmuri also noted that the corridor comes at a reasonable cost, where required investment is approximated at US$950mn, while construction time is estimated at five years.

Construction of a 600km-highway in Paraguay and a bridge to link Porto Mutinho to the Paraguayan locality of Carmelo Peralta would be the most significant tasks considered within the project, according to the daily.

The corridor could be seen as undercutting plans to construct a bioceanic railwaythat would connect Brazil and Peru, where Chinese companies are said to be interested in taking part in the 40bn-real (US$10bn) project.