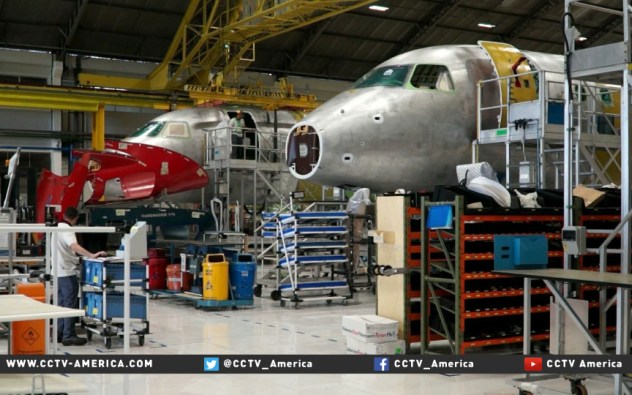 Brazilian plane maker Embraer is rolling out its newest commercial aircraft. The Brazilian company hopes the “E-2” will make it a leader in the regional travel market.

CCTV America’s Paulo Cabral reports from Sao Jose dos Campos, Brazil. The company bills the E-2 as an evolution of its current line of regional jets with upgraded engines, aerodynamically advanced wings, and greater fuel efficiency. The finished plane will be shown for the first time on Thursday but worldwide airlines have already placed more than 260 orders for them, as well as more than 370 buy-options.Embraer is the world’s largest manufacturer of smaller commercial jets. Right now Canadian company Bombardier is their closest competitor, but other companies are now looking to compete as well.Brazil is best known for its exports of commodities and raw materials. Selling planes may not bring in as many dollars as soy or iron ore but it does project the modern image Brazil wants for its future.