“At the Ufa summit there has to be an agreement signed by all BRICS member countries,” Mthethwa, who currently heads the South African delegation to the June 17 BRICS culture ministers meeting in Moscow, said. 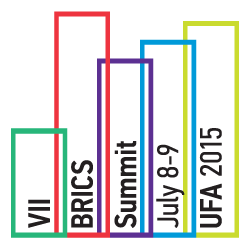 He said the meeting in Moscow is part of preparations for the Ufa summit on the 8th and 9th of July. Mthethwa stressed that the area of arts, culture and heritage has to play its role and the BRCIS countries want to put it very firmly on the agenda.

He said that cultural cooperation was not paid enough attention to at the BRICS summit in 2013 in Durban.

“This area opens powerful spaces in people-to-people relationship, in what you call cultural diplomacy,” Mthethwa said.

He also suggested that it is high time for BRICS countries to increase multilateral cooperation as, in his estimation, the sides have yet to achieve tangible results.

The participants of the meeting of BRICS culture ministers will discuss the current status and future prospects of cultural exchange projects. They will also share opinions about the draft inter-governmental agreement on cultural cooperation negotiated since 2012.