BRICS for Stronger Global Commitment to Deal With Corruption, Blackmoney 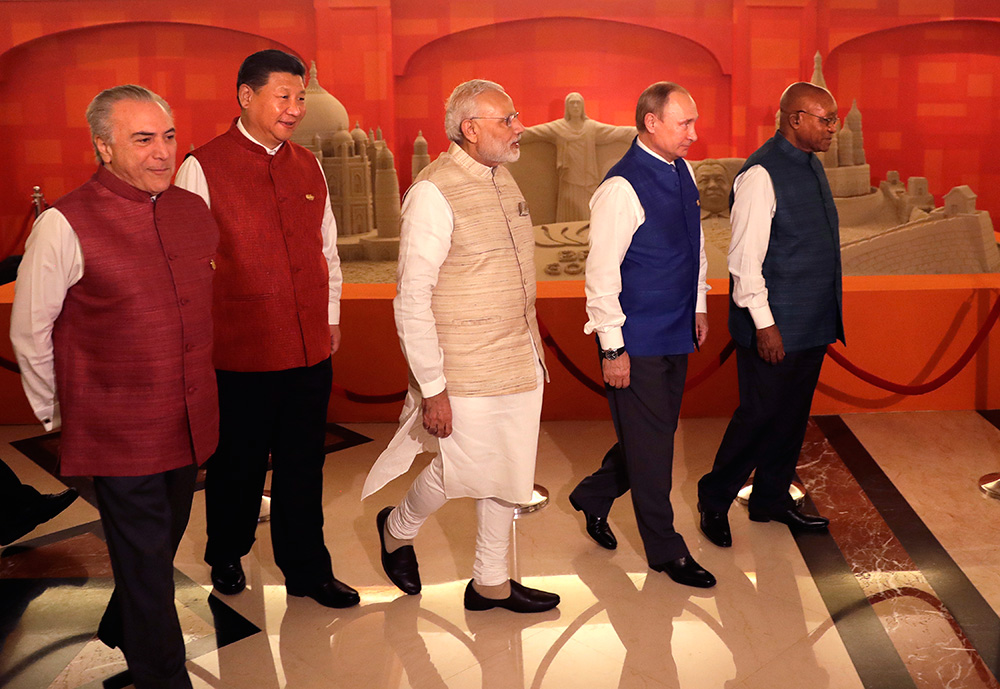 BENAULIM: BRICS nations today pitched for a stronger global commitment for combating corruption and repatriation of blackmoney in overseas jurisdictions, saying these along with aggressive tax practices hurt equitable development and economic growth.

“We will strive to coordinate our approach… and encourage a stronger global commitment to prevent and combat corruption on the basis of the United Nations Convention against Corruption and other relevant international legal instruments,” said the Goa declaration issued at the end of the two-day summit of the BRICS leaders here.

The BRICS nations stated in the declaration that they support the strengthening of international cooperation against corruption, including through the BRICS Anti-Corruption Working Group, as well as on matters related to asset recovery and persons sought for corruption.

The five nations group reaffirmed their commitment towards a globally fair and modern tax system and welcome the progress made on effective and widespread implementation of the internationally agreed standards.

They supported the implementation of the Base Erosion and Profit Shifting Project (BEPS) with due regard to the national realities of the countries.

They also resolved to encourage countries and International Organisations to assist developing economies in building their tax capacity.

Noting that aggressive tax planning and tax practices hurt equitable development and economic growth, they stated that the Base Erosion and Profit Shifting must be effectively tackled.

They said that the profit should be taxed in the jurisdiction where the economic activity is performed and the value is created.

They reaffirmed their commitment to support international cooperation in this regard, including in the Common Reporting Standard for Automatic Exchange of Tax Information (AEOI).

“We note the ongoing discussions on international taxation matters. In this regard, we recall the Addis Ababa Action Agenda on Financing for Development including its emphasis on inclusive cooperation and dialogue among national tax authorities on international tax matters with increased participation of developing countries and reflecting adequate, equitable, geographical distribution, representing different tax systems,” it added.