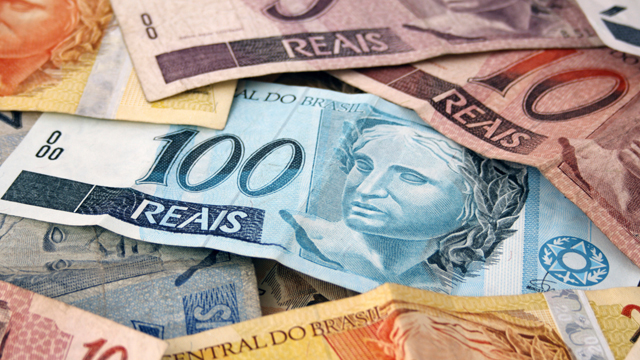 RIO DE JANEIRO, BRAZIL – Since last Friday, when the news broke that Brazil’s former president Lula was a target for federal prosecutors in the mega money laundering investigation, Operação Lava Jato (Carwash), the local currency has made a rally. The Brazilian real has posted an increase of 9.04 percent for March, and of 7.77 percent for 2016, and ended Thursday (March 10th) sold at R$3.641/US$1, up 1.5 percent.

Dollar closes at lowest level in six months in relation to the Brazilian real, photo by Rafael Neddermeyer/Fotos Publicas.

The currency exchange rate is at the lowest level since August 31st, when it had closed at R$3.627. Also in the BM&F Bovespa, an increase was reported after two consecutive days of drops, and the São Paulo Stock Exchange Index (IBOVESPA) ended the day rising 1.86 percent, at 49,571 points. Petrobras stocks, the most active stocks traded, common shares were up 2.62 percent and the preferred shares, up 4.61 percent.

However he cautions, “But this reaction is difficult to square with the reality that the political crisis in Brazil has escalated dramatically. Investors seem to be focusing on the increased chances that the current government might now fall – and overlooking the fact that the country is heading into increasingly choppy political waters.”

Shearing adds, “[…] The point is that President’s Rousseff’s government is looking increasingly shaky – and that increases the chances of it falling and being replaced by a new, more market-friendly government, with a mandate to push through the reforms needed to pull Brazil’s economy out of its current tailspin.”

In addition to the domestic scenario, other analysts report that the market is also reacting to the European Central Bank’s decision to cut all interest rates in the eurozone. The decision rose the Euro value before other currencies, and made dollar lose strength in international markets.

In Brazil, Shearing shares, “Brazil is heading into increasingly choppy political waters and it’s not clear to us that this is good news for investors. Instead, the best reason to be bullish on Brazilian assets is that they are cheap and that the big falls in global commodity prices are probably behind us. Domestic politics is likely to be a headwind rather than a tailwind over the next year.”

Operação Lava Jato is the criminal investigation into state-controlled oil giant, Petrobras, started by the Federal Police in March of 2014 that has implicated people from across the political and business spectrum: from Former President Lula to former Chief of Staff Jose Dirceu and current Chamber of Deputies President, Eduardo Cunha, as well as top Petrobras directors. The investigations have led to hundreds of arrests and unveiled millions of dollars worth of bribes given to Petrobras directors for oil contracts with the oil giant.