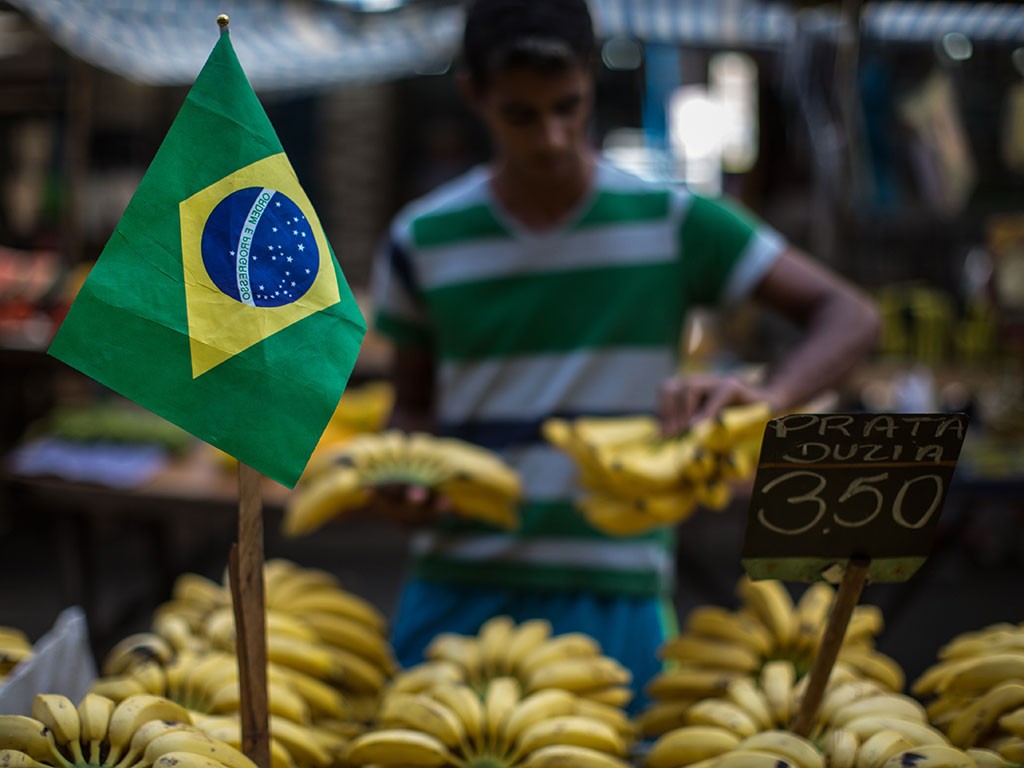 Brazil’s economic activity unexpectedly contracted in the beginning of 2016 and economists forecast a deeper recession for this year as a political stalemate nearly paralyzes the country.

The central bank’s IBC-BR index, which is often taken as a proxy for Brazil’s GDP report, shrank 0.61 percent in January, more than forecast by all 25 economists surveyed by Bloomberg, whose median estimate was for a 0.2 percent expansion. Economic activity as measured by the index has been declining for 11 consecutive months and, with Monday’s negative surprise, some economists are already cutting their forecasts for Brazil’s economic performance this year.

Among those, Goldman Sachs revised its 2016 forecast for the IBC-BR to a deeper contraction of 3.6 percent from 3.2 percent. “We expect the economy to continue to face strong headwinds,” the bank’s senior economist Alberto Ramos wrote in a note to client, citing a long list of obstacles including tight financing conditions, high inflation, rising unemployment, and political uncertainty.

Latin America’s largest economy is going through a two-year recession that is forecast to be the worst in over a century as a massive corruption scandal at state-run oil company Petrobras threatens the future of the President Dilma Rousseff, leaving the government unable to pass legislation needed to fix the economy and government finances.

In a separate report, more than 100 economists surveyed by the central bank on March 11 forecast Brazil’s gross domestic product will shrink 3.54 percent this year, compared to a 3.5 percent decline estimated in the prior week. It was the eighth consecutive week of declining estimates for Brazil’s economic performance this year, according to the central bank poll.

In one of the few positive developments, economists in the central bank poll forecast the Brazilian currency will finish the year at 4.25 per dollar, slightly stronger than the 4.3 per dollar they forecast in the prior week.

Bets that the real will weaken less than initially expected are having a positive impact on inflation expectations. Economists now see the benchmark IPCA consumer price index rising 7.46 percent this year, less than the 7.59 percent forecast in the prior week.