Vieira and his delegation arrived last night at the King Khalid International Airport in Riyadh, at the outpost of the South American delegations attending the meeting of leaders, and they were received by Minister of State and Cabinet member, Mohammed bin Faisal Abu Saq.

The summit will meet on November 10 and 11, attended by most heads of state of both regions interested in promoting a closer approach, and it will be the continuity of an initiative proposed by Brazil, which capital hosted the first meeting on May 10 and 11, 2005.

Even known in English by its acronym in Spanish and Portuguese ASPA, the event provides a mechanism for cooperation and policy coordination that brings together the 22 member states of the Arab League and 12 in the region of the Americas.

The first summit meeting’s agenda focused on strengthening the scientific, technical and cultural cooperation, and towards facilitating the conditions for increasing trade and mutual investment between the states of Unasur (Union of South American Nations) and the Arab League.

In fact, the organizers of the 4th Summit pointed out as their objectives to ensure a better coordination between political leaders and civil society organizations in North Africa and the Middle East with their South American counterparts by the actions of five bi-regional committees.

These committees focus their activities on issues regarding economy, science and technology, environment, social and cultural rights, based on an agenda that was enriched by subsequent summits to the one in Brasilia, in Doha (Qatar, March 31, 2009) and Lima (Peru, October 1 and 2, 2012). 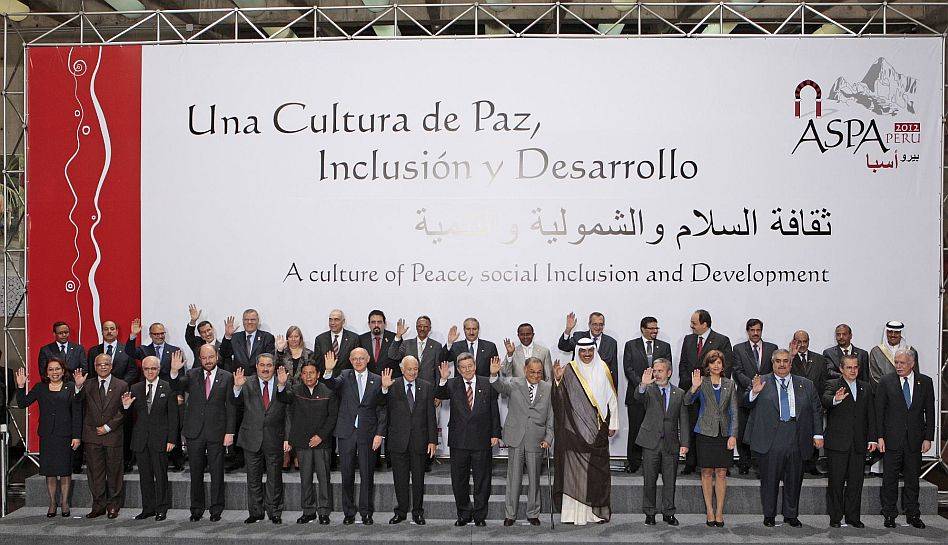