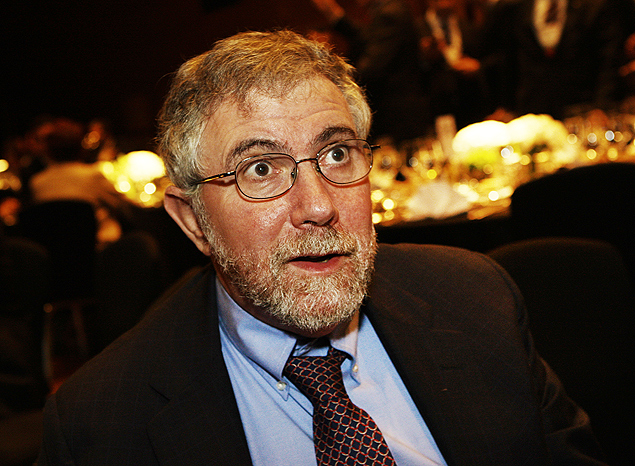 Economist and 2008 Nobel Prize winner Paul Krugman has foreseen a positive scenario for the Brazilian economy which he believes goes through difficulties as the government loses credibility and the country faces the end of the cycle of high commodities prices.

According to Krugman, Brazil has what it takes to get out of the present crisis as soon as the inflation drops and the Central Bank reduces interest rates. “It won’t be this year and perhaps not in the next. With lower inflation, interest rates will fall and that will relieve the government accounts,” he said.

The greatest risk, he says, is if the global economy plunges into a new crisis caused by the Chinese slowdown. In this case, Krugman sees a further depreciation in the price of commodities, deflation over the world and growth slowdown in the developed and emerging countries.

The economist said the Brazilian economy is more solid than in the past, especially regarding the external accounts. He also said the current inflation is fuelled by the high exchange rate and not by structural factors as in the 90’s. However, Krugman acknowledged that the Brazilian history does not allow for neglecting high prices.

According to the American economist, “Brazil went out of style” among international investors, who now pay more attention to tax issues and to the government’s political problems. “In a little while you will see that there was an excess of pessimism,” he said.