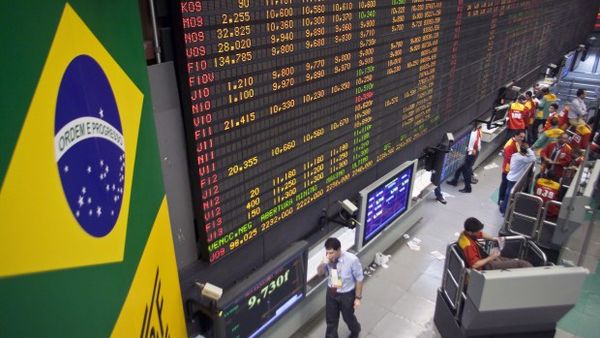 The extremely turbulent day on Wednesday, with Brazil’s Speaker of the Lower House accepting the request for the start of impeachment proceedings against President Dilma Rousseff did not affect significantly the country’s economy, with the foreign exchange rate market and Brazil’s stock exchange reacting very positively.

After surging in 2015 against the Brazilian real, the U.S. dollar registered its steepest devaluation in a month, falling by 2.26 percent in relation to the Brazilian real. It closed on Thursday at R$3.748/US$.

The day was also positive for the São Paulo Stock Exchange. The Bovespa Index closed up by 3.29 percent at 46,393 points after four days of closing down. Petrobras shares rose by 6.12 percent, the highest gains of the day. Even the shares of BGT Pactual, Brazil’s largest investment bank which has been shaken by the arrest of banker, Andre Esteves, rose by one percent.

According to analysts many in the financial market see the impeachment of Brazil’s leader as a solution to the political crisis, which has been spilling over and affecting the nation’s economy. The power struggle between Rousseff’s PT party and allies such as the PMDB (party of Speaker of the Chamber of Deputies) have led Congress to a virtual standstill when it comes to voting on critical measures which would increase government revenues.

According to Neil Shearing, Chief Emerging Markets Economist for Capital Economics, the impeachment of President Rousseff would not necessarily be a disaster for financial markets. “If Rousseff goes, she would be replaced by VP Temer of the centrist PMDB party. It’s possible that Temer could then form a centrist coalition with the business-friendly PSDB,” Shearing told his clients. For the economist ‘almost every conceivable outcome would be better than the current political mess in Brasilia’.