Brazil’s government wants to enact rules that allow mining in indigenous reserves which occupy 13 percent of the country’s territory and hopes it can get Congress to reconsider a decades-old proposal to do so, a Mines and Energy Ministry official told Reuters.

Mining Secretary Alexandre Vidigal de Oliveira was asked to clarify comments made last week by Mines and Energy Minister Bento Albuquerque, who said while visiting the United States and Canada that Brazil would seek to open indigenous reserves to mining. 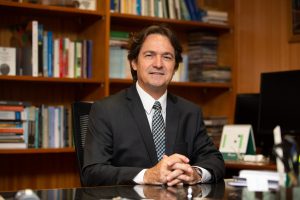 Albuquerque’s remarks sparked an angry response from indigenous advocates, who said it was disrespectful after the country had just suffered it’s largest-ever mining disaster that killed hundreds in January.

The Indigenous Missionary Council on Monday said it “repudiated, with vehement indignation” Albuquerque’s proposal and blasted the administration of right-wing President Jair Bolsonaro, who assumed office on Jan. 1 and has pledged to open more of the country to mining.

“By globally humiliating indigenous peoples of Brazil, the Bolsonaro government humiliates the very Brazilian nation,” it said in a statement.

“We are talking about exploration to generate riches for all, including indigenous peoples, and also the well-being of Brazilian society,” Oliveira said.

Brazil’s 1988 constitution states that mining can only be conducted in indigenous areas under rules approved by Congress that ensure the indigenous communities benefit, and not by any type of presidential decree.

But Congress never established such rules, effectively prohibiting the practice.

Congress can reactivate a legislative effort that has existed since the 1990s that would lay out rules to mine indigenous reserves, Oliveira said.

“Since 1996, there’s been a bill regarding this. Back then there was a scenario where this discussion didn’t awaken interest,” he said.

“Today we need economic growth, so it makes more sense to debate this as it is necessary to open up new areas for Brazil to produce wealth.”

Oliveira declined to give a timeline for pushing the bill through Congress, saying it was at the legislature’s discretion and Bolsonaro must prioritize items on his legislative agenda.

Separately, the government will seek to end a prohibition on foreign companies holding controlling stakes in mining operations within 150 kilometers of international borders, Oliveira said. That law is a holdover from Brazil’s 1964-1985 dictatorship when the government feared foreign encroachment on its borders.

That move would require Congress to approve reducing the 51-percent minimum domestic ownership for mining enterprises operating in the border zone, he said.