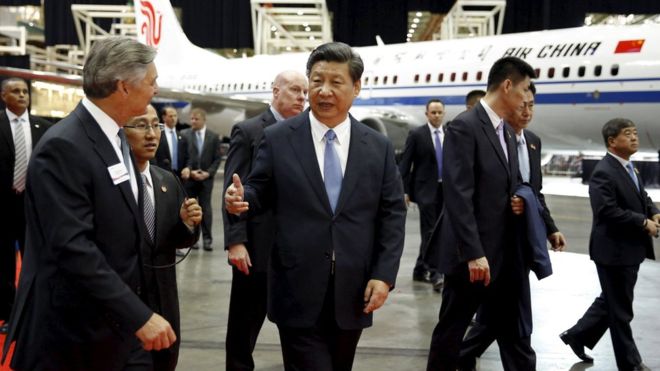 Boeing will open a plant in China in partnership with state-owned Commercial Aircraft Corporation of China (Comac).

The new factory will focus on painting and assembling twin-engine 737 aircraft manufactured in the US.

The announcements coincided with a visit to the US by China’s President Xi Jinping, who toured Boeing’s Washington state factory on Wednesday.

Boeing chief executive Dennis Muilenburg promised the new plant would not result in job cuts in the US.

The push into China is not the only development for Boeing in Asia. On Tuesday, the company finalised a $2.5bn (£1.7bn) deal with India for the sale of military helicopters.

India will purchase 22 Apache and 15 Chinooks helicopters to will replace soviet-era equipment.