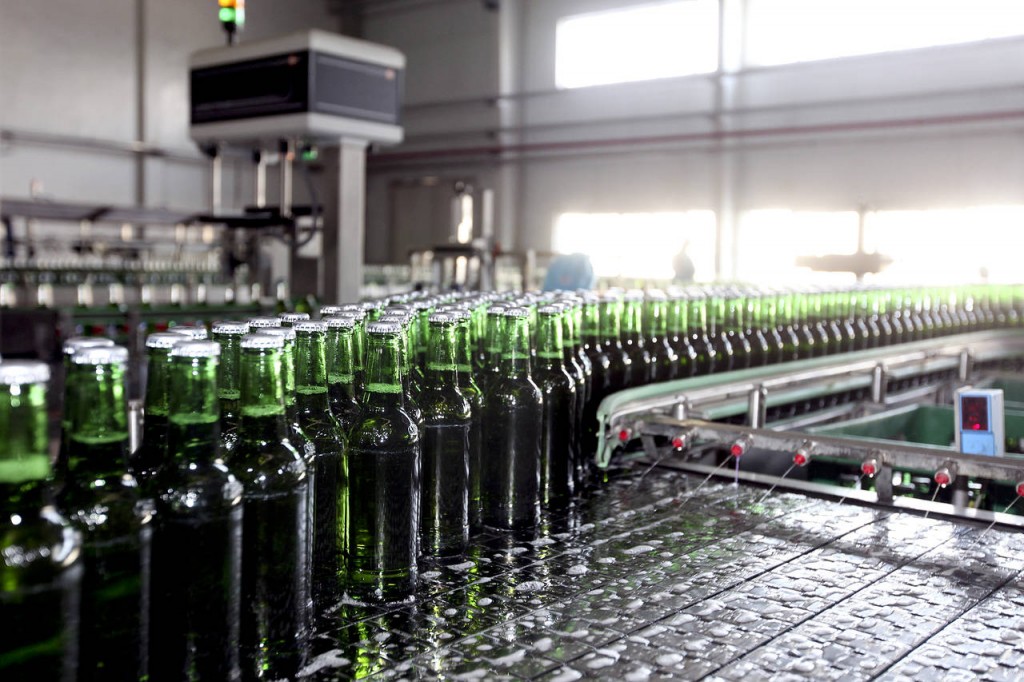 China’s recent slowdown is worsening a stubborn problem for brewer SABMiller PLC: Despite the massive amount of beer consumed there, turning a decent profit isn’t easy.

China accounts for a quarter of the world’s beer volumes and a tenth of the revenue but makes up just 3% of the global profit pool, according to Deutsche Bank. SAB, whose co-owned Chinese brand Snow is the world’s largest-selling beer, gets just 2% of its operating profit from China, even though the region makes up fully 20% of its global beer volumes.

Uncommonly intense competition among large brewers in China keeps a tight lid on margins there. In the U.S., Anheuser-Busch InBev NV and SAB’s MillerCoors joint venture with Coors Brewing Co. hold more than 70% of the market by volume, according to Sanford C. Bernstein, and the companies had 2014 margins of 38% and 18%, respectively, on their earnings before interest and taxes.

Now, after decades of robust growth, beer volumes in China are slumping and turning a profit is set to get even tougher.

Beer consumption, which had grown at more than 6% a year on average over the past decade, was flat last year, according to data from U.K. beer-research firm Plato Logic. Beer executives blame the drop on a range of temporary factors like the economic slowdown and two unusually cool summers.

But analysts worry the slump could be longer-term as China’s population ages and per capita consumption declines. Deutsche Bank predicts beer volumes in China could fall by as much as 2.6% a year. According to the firm, 75% of beer is consumed by people aged 20 to 35, a group that over the next decade will decline by 2% a year in China as the one-child policy continues to reshape the country’s population.

Indeed, consumers like Sun Hu say beer just isn’t a top choice these days. Mr. Sun, a 33-year-old cigarette salesman in Beijing, said he typically drinks baijiu when he goes out with friends once or twice a month. “I don’t really even look at beer,” he said.

Last year, consumption of Snow was roughly flat at 106.6 million hectoliters, down sharply from the 9.8% rise logged in 2013, according to Plato Logic. SAB in July said its volumes in China dropped 3% for the quarter ended June 30.

Last month, Carlsberg reported its second-quarter beer volumes had grown 1% in China, but Deputy Chief Executive Jorn Peter Jensen warned that investors shouldn’t expect a repeat. “If you take this longer-term, we cannot forever outgrow the market,” he said. “We are definitely also exposed to the much lower growth in China and to the market decline.”

London-based SAB has been struggling to squeeze more profit out of China for years. Back in 2006, the company promised that China would “become a meaningful contributor” to its profit in the next five years.

Recently, SAB has been trying to push more premium beers in China, embarking on a strategy long employed by AB InBev, whose more upscale portfolio of beers—in particular Budweiser—has held it in good stead.

“When you look at the industry decline, what’s really declining, and more than anything else, is the core and value segments,” AB InBev CEO Carlos Alves de Brito said of China on a July conference call. “In the premium segment, we’ll just put more fuel in the fire in China.” AB InBev in 2011 launched Stella Artois in China and last August took Corona back in-house, ending a distribution deal with Carlsberg.

CR Snow is working to sell more premium variants of its core Snow brand, raising average selling prices in a bid to widen margins. The company’s Snow Opera Lady and Opera Gent beers—fresher brews with shorter shelf lives—sell for 25 yuan ($3.93) a bottle, compared with 3 to 5 yuan a bottle for the mass Snow brand.

CR Snow has targeted local celebrities with its upscale brands and is among the brewers that pay large “listing fees,” which Deutsche Bank says are often $100,000 or more among international brands, to have its beer sold at the hottest outlets in Shanghai and Beijing.

Analysts have criticized the focus on Snow variants, saying SAB should push to introduce more of its international brands in China. Investec analyst Anthony Geard said SAB’s hands might be tied. “CR Snow is ultimately controlled by government thinking,” he said. “Perhaps the Chinese partner, which has ultimate control, has a much more nationalistic approach and wants to establish a suite of Chinese and homegrown lagers.”

CRE’s Mr. Lai said nationalism plays no role in CR Snow’s brand moves. “We need to make a commercial decision in terms of our limited resources about what to launch, and to launch a premiumized version of a local brand is a lot more economically appealing,” he said.

SAB’s Miller brand, reintroduced in China in 2012 after an abortive launch in 2006, sells in only one Chinese province. Ari Mervis, SAB’s Asia-Pacific head, said SAB would also start selling Peroni, Grolsch and Pilsner Urquell online in China to test consumers’ appetite for the brands.

Still, the focus likely will remain on Snow. “There is a lot of emotional connection to the Snow brand locally,” Mr. Lai said. “Our No. 1 position in a mass product helps us because all those consumers grew up with us.”

« Is Russia Shifting Focus From China to India for its Oil Barrels?» Russia Sees Latin America As Emerging Center of Multipolar World