SOUTH African bonds, enduring the longest monthly losing streak in two years, have some way to fall before enticing buyers, according to Barclays. 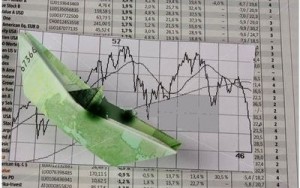 The debt lost 0.9% in May, the fourth straight month of declines, according to Bank of America Merrill Lynch indexes. Yields on benchmark South African securities have climbed 118 basis points to 8.22% since hitting a 20-month low in January, and may have to rise as high as 8.5% to compensate investors for the risks, said Barclays strategist Michael Keenan.

New taxes on gasoline, government wage increases above the inflation rate, a weak rand and the prospect of higher electricity tariffs are fueling inflation in South Africa at a time when the Federal Reserve is preparing to raise borrowing costs, drawing money to dollar assets. A looming credit rating review by Fitch Ratings and a hawkish central bank are adding to the headwinds for South African debt.

“I wouldn’t be rushing out and buying bonds,” Keenan said by phone from Johannesburg on May 28. “Bonds remain vulnerable to mounting domestic and US policy rate-hike fears.”

While the central bank has kept its benchmark repurchase rate unchanged at 5.75% since July to support the economy, rising gasoline, electricity and food costs are putting pressure on prices. An application by Eskom to raise electricity tariffs by as much as 25% could add 0.5 percentage points to inflation over the next year, according to central bank Governor Lesetja Kganyago.

Inflation jumped to 4.5% in April and the central bank forecasts it will peak at 6.8% in the first quarter of next year, also spurred by a weak rand that’s boosting import costs and rising food prices. The five-year break-even rate, which measures expectations for consumer-price growth, climbed 25 basis points in May to 6.57%, the highest since July.

Forward-rate agreements starting in six months, used to speculate on borrowing costs, show investors expect 62 basis points of interest rate increases this year, 22 basis points more than at the start of May.

“I would really look for serious pull-backs to start adding again,” Abri du Plessis, a portfolio manager at Cape Town-based Gryphon Asset Management, which oversees the equivalent of about $330m, said by phone on May 28. “This pullback is only maybe the beginning. I can see it going to 8.50 on the bond side.”

Foreign-investor purchases of South African bonds dwindled to R128m in May from R15.2bn in April as the Fed moves closer raising interest rates. Economists forecast the Federal Reserve will increase borrowing costs in September.

The weakening rand is also deterring foreign investors, who have to factor in currency losses even as they earn the fourth-highest yields among emerging markets, said Malcolm Charles, a fixed-income portfolio manager at Investec Asset Management.

“You’re not going to see this bond market settle down until the currency settles down,” Mr Charles said by phone from Cape Town on May 28. “You’ve got to be underweight. We are not priced attractively enough yet.”