A Review of South African Economic Development in 2016

The Future of South African Economy from the mirror of 2016

2016 was a challenging year for economic development globally and domestically but significant progress was also registered in South Africa. The economy avoid going into a recession in part through the collective action of business, labour and communities working with government, though growth remained very modest.

It was a year when al rating agencies were focussing on South Africa, with prospects of a downgrade that would have increased the cost of borrowing. By year-end, the country maintained its investment-grade rating. 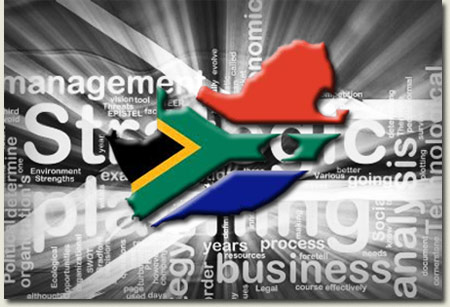 The Economic Development played a major role in ensuring a co-ordinated infrastructure investment programme and in expanding the levels of development finance in the economy, rallying stakeholder s around certain policy and programmes that will have major impact on our economy, as well as ensuring that government respond in an informed and more aligned manner across the three spheres to the challenges of the economy.

A mid-term review of the New Growth Path jobs drivers was completed for Parliament’s Portfolio Committee on Economic Development, which indicated that more than 2 million new jobs had been created in the period since the adoption of the NGP in 2010.

Key highlights in the work of the Ministry included the innovative and extensive public interest conditions attached to a number of mergers including AB InBev’s takeover of SAB Miller, Coca-Cola and Edcon; the actions in the steel industry including the tough competition settlement with Arcelor Mittal and the reparation agreement with the seven largest construction companies; the expansion of investment by the Industrial Development Corporation and the agreement to co-invest in a new auto plant in Nelson Mandela Bay; and the increased investment in the National Infrastructure Plan, projected at R987 billion over the next three years.

Economic transformation was a key theme in 2016 and we made significant strides in opening the economy to new black-owned companies and expanding levels of youth entrepreneurship.

During 2016, the Ministry of Economic Development concluded settlements with AB InBev, CCBA (Coca-Cola Bottling Africa), Edcon, Clicks, Arcelor Mittal and seven construction companies. These are major transactions that introduced either new public interest obligations on mergers, provided for funding for developmental projects or supported actions by the competition authorities against collusion in specific industries. In addition, the Ministry facilitated the introduction from 1 May this year (2016), of new criminalisation provisions against collusion and cartel conduct in the economy, with stiff jail sentences of up to 10 years.

The competition interventions impact: a summary:

Some of the key transactions and settlements concluded in 2016 included:

The agreement with Walmart/Massmart to support localisation was relaunched during the year to expand its impact and resulted in a number of new localisation initiatives, including a local two-minute noodle maker, an environmental-friendly furniture-maker and a pump-filter manufacturer, being introduced into the company’s local supply-chain.

The Industrial Development Corporation last year approved R14,5 billion in new investment, the largest sum in its 76-year history and 26% higher than the preceding year.

Of particular note is the fact that this included R2,9 billion in transactions involving 54 black industrialists, so that we broaden participation in the economy. Roughly R1 billion was approved for youth-owned enterprises, showing that we are serious about implementing the Youth Employment Accord. A sum of R1,2 billion was made available to women-owned enterprises, which is an increase of 59% on the previous year, so that we tap the enterprise of women to help build the economy.

The IDC is driving new investment and commitments to improve the competitiveness of South African companies, with its initiatives in the past financial year saving and creating 15 000 jobs.

In addition to these outcomes, during 2016, the IDC partnered with the Beijing Automotive Industrial Corporation (BAIC) to set up a new R4,3 billion auto-plant in Nelson Mandela Bay that in the first phase will produce up to 50 000 vehicles for the domestic and African market, with planned employment of 2 500 workers during the construction phase and 800 permanent production workers in the plant.

The Ministry and Department provided the technical backbone for the work of the PICC during 2016. Some of the highlights of this work include the following:

During 2016, the Ministry provided information to parliament on trade patterns on import and export performance of the SA economy. The analysis showed that exports to the rest of the continent is now the largest component of SA exports, and Africa overtook Asia, Europe and the Americas, as the largest export market for SA-made goods.

The Ministry defended through the courts, the introduction of trade measures to address shortages of scrap metal for use in the local infrastructure build-programme; and supported ITAC’s work on tariff adjustments, including in the steel industry.

The Ministry, concerned with rising food prices in the context of the drought, instructed ITAC to review the variable tariff formula in relation to wheat, maize and sugar. The reviews were concluded and recommendations have been submitted for Ministerial consideration.

The Ministry also issued a trade directive to ITAC in relation to reciprocity for tariff support. The Trade Directive requires ITAC to consider the commitments companies make on investment, jobs and industrial output, when making its findings on tariff increases or rebates of duty. This was done to ensure that companies do not rely simply on tariff protection or rebates but invest heavily on new technologies, training of workers and product innovation to maintain and increase their market share. It is also to ensure that any costs to connected industries are at least accompanied by increases in jobs.

The major highlights on the Ministry’s regulatory initiatives during 2016 included the following:

During 2016 the Ministry and EDD-agencies focussed on measures to retain steel manufacturing in South Africa, evaluate the impact of measures to support the clothing, textile and footwear industry and grow the agro-processing and film-making industries

A Steel Task-team developed a coordinated set of measures to address the impact of the global glut of steel on the local industry, the past collusive practices and the need to have a secure supply of steel. These included trade, competition and investment measures.  A Pricing Committee was also set up with representatives across the value-chain to monitor steel pricing and Arcelor Mittal’s adherence to a range of reciprocal commitments it made in relation to tariff support including increased investment, retention of jobs and pricing commitments.

Ministerial-level site visits were undertaken to four companies in the clothing, textile and footwear industries (see below) to evaluate the impact of incentive measures on industrial performance.

Competition measures in the beverages sector as well as support measures in soya helped to lay the basis for employment.

Support by the Ministry and EDD-agencies for the development of the soya processing industry has yielded exceptional results.

South Africa now has nine soya crushing plants, with a capacity to crush 1,8 million tons per year. This is roughly double the capacity that existed five years ago. South Africa has also increased the acreage under cultivation for soya-beans and has increased the export of soya oils and soya cake. During the year, 42 black farmers were identified for the planting of soya beans and by year-end, some 2005 hectares of land was being planted or considered for planting.

In addition, EDD provided support for a ‘My-spaza Township Enterprise Development Project to introduce 42 wholesalers to 28 spaza shop operators to partner with them and provide funding for structural/ infrastructure upgrades of the spaza

The Department supported the co-ordination of economic development policy initiatives across national departments through economic cluster work, Cabinet Committee systems and bilateral meetings with Departments. This work also extended to co-ordination across the spheres of government to integrate work at national, province and municipal levels. The Deputy Minister, together with a team in the Department, worked with provinces and municipalities to ensure seamless alignment with the national policies and programmes. In 2016 we managed to assist provinces to develop plans that are aligned to the National Development Plan through the 9-point plan framework announced in the State of the Nation Address. Further work is being done to link the plans to budget and other resources that can be leveraged from national initiatives.

Activities in the development of social partnership and supporting investment, job creation and economic opportunities can be listed in six categories:

A number of meetings were held with investors or business associations during 2016, including with companies such as Google, Coca-Cola, SAB Miller, Chevron, Sasol, Proctor & Gamble, Edcon and Arcelor Mittal and business associations such as the Atlantis Chamber of Business, CEOs at a meeting organised by the Johannesburg Chamber of Commerce and Industry, the Black Business Council for the Built Environment and the Progressive Business Forum.

The Ministry worked with the Minister of Finance on the South African narrative on investment and growth and met with three ratings agencies on country rating: Moody’s, Fitch and Standard & Poor and one ratings agency on the IDC rating (Fitch) as well as with business and organised labour on a common country position.

The Ministry met with the International Monetary Fund (IMF) on its Article 4 Consultations.

The Ministry was part of the government team led by the Deputy President, which engaged with business and labour on the National Minimum Wage and labour market regulation during the year.

The Deputy Minister assisted the Mpumalanga TVET Council to develop a Partnership Framework that has seen two partnerships being agreed upon through the signing of a memorandum of understanding between Gert Sibande College and Sasol; and between Ehlanzeni TVET College and RCL foods. In the MOU they committed to building an ideal TVET College that will result in the building of skills relevant to the industrial development needs.

Further work is progress with regard to Nkangala College and Eskom.

« Rand and Other Currency Questions for the New Year» SA:Eskom Issues Request for Information