2015 was an eventful year in the markets, with investors being reminded by events in countries like Greece and China how quickly seemingly calm seas can turn choppy and how swiftly currencies can stumble. 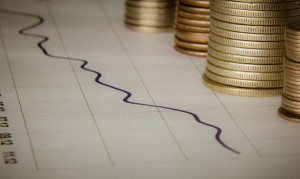 Investing for long-term growth is never a smooth ride, though, and it’s vital that investors are matched with appropriate solutions that minimise the amount of risk taken to attain that growth, while efficiently using all legislated tax breaks. We are therefore encouraged by the arrival of tax-free savings accounts, Treasury’s pursuit of fair treatment for all contributing retirement members and the arrival of further portfolio diversifiers, such as retail hedge funds, this year.

We highlight the main events of 2015 below:

After the low market volatility and optimism witnessed in 2014, this year saw investors becoming more aware of the risks that accompany equity investing. Heavily indebted Greece slipped into recession and eventually defaulted on its $1.7bn IMF payment. During Q2 the exuberance on the Chinese stock market was interrupted by a dramatic fall of 38% and in Q3 the Greek stock exchange lost more than 16% in one day, spooking investors globally. The People’s Bank of China cut interest rates several times during the year in an attempt to reignite levels of Chinese expansion seen in recent years.

The most anticipated event across the globe must have been the potential interest rate hike in the US and monetary policy normalisation after eight years of artificially low interest rates. Already early in 2015 capital began exiting emerging markets as it returned to safer havens. The last Federal Open Market Committee meeting of 2015 will conclude on 16 December and futures markets are currently pricing in more than a two-thirds chance of a rate hike before year-end.

Locally, SA Business Confidence slipped to the lowest level in 16 years and plunging commodity prices brought more than one mining company to its knees. Despite the gloomy local outlook, the JSE raced to an all-time high in April before it corrected by nearly 14% and bottomed out on 24 August. Excitement after the AB InBev announcement that it intends to take over SABMiller to form the largest brewery in the world breathed renewed vigour into the JSE towards the end of the year. The rand reached a 14-year low against the dollar, which benefited investors with offshore exposure.

ASISA has not yet released its Q4 statistics, but the net flows into unit trust funds during the first three quarters of the year amounted to a staggering R98bn. Sixty per cent of all flows went into multi asset funds, a great solution for investors who want to remain diversified across all asset classes.

In addition, we’ve seen “third party” funds become more significant in our industry. These are funds that are listed on management companies’ platforms, but are managed by independent managers, i.e. boutique, intermediary fund of funds and discretionary fund managers. Approximately 30% of industry net flows can now be attributed to these third party funds, which we believe will be a growing trend in 2016.

Passive investing is taking off

Another interesting trend starting to unfold within the SA landscape is the use of passive investments within portfolio construction. Passive flows within the retail context have come off a low base but have grown by more than 50% over the last two years to September 2015. We believe passive solutions definitely have a place alongside actively managed funds to lower the overall costs of an investment portfolio.

Given that we’ve been monitoring these trends for the last few years, both our Retail business and Core Investment businesses are well positioned to take advantage of the third party, boutique manager and passive trends that are garnering large flows within the industry.

Investors now have more opportunities to save tax free

2015 is also the year in which tax-free savings accounts entered the SA landscape and both our active and passive managers (Satrix) now offer this option to our clients.

On the subject of tax, some of the retirement reforms legislated during 2015 that may impact the retail investor include the equitable tax treatment of contributions to provident, pension and retirement annuity funds. From 1 March 2016 investors can contribute up to 27.5% of their earnings (with a R350k cap) and deduct these from their taxable income.

From April of this year hedge funds are covered by the Collective Investment Schemes Control Act, which means hedge funds can now be offered to retail investors as long as they meet certain criteria. We welcome the regulations, which will enforce transparency and stringent risk control, making these products more accessible to investors.

More legislative changes are in the pipeline

In July 2015 Treasury issued the Draft Pension Fund Regulation that proposed default options in terms of investment options for current retirement fund members, default preservation in-fund for employees who leave the employment of an employer and default annuities for members who are retiring from the fund. These proposals intend to lower fees in the retirement industry and to make sure members do not end up in complex and opaque investment products that may lead to poor retirement outcomes. All of the above will have an effect on the industry and intermediary’s practice.

In terms of the much awaited implementation of Retail Distribution Review (RDR), the FSB has given updates on the industry feedback on the Draft of the provisions of RDR. It has also accepted concerns around the definition of “multi-tied” agents, recognising the proposed three-tier model of tied, independent and multi-tied (defined as any adviser influenced by more than one product supplier). The FSB has further issued views on the Phase 1 proposal and will consult on proposed changes to the definitions and proposal.

It has also been an eventful year for Sanlam Investments. Our CEO Johan van der Merwe, who has been at the helm for more than a decade and has taken the business to new heights, decided to step down. Our new CEO from 1 November 2015 is Robert Roux, who has walked the road with Johan as COO and has taken on several other executive roles within the cluster in the past. We look forward to Robert leading our business and bid a fond farewell to Johan.

« SA: What Finmin Saga Means for Investors» Presidency on Presidential Task Team on the Funding Challenges at Universities Report