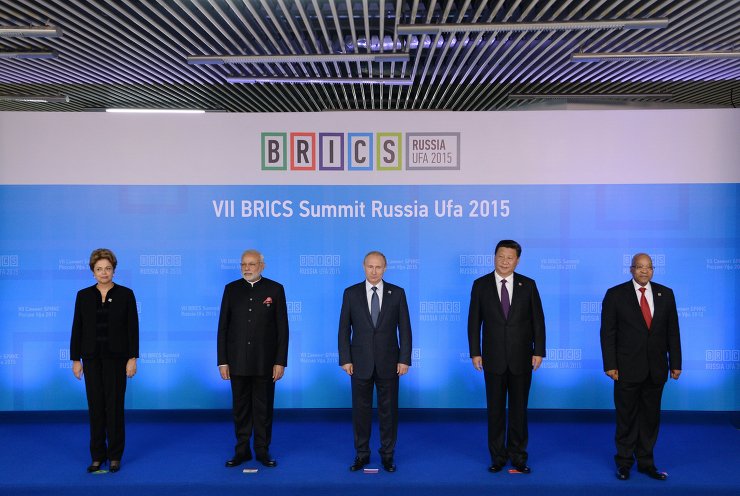 New Development Bank, formed by five of the world’s bigger emerging markets, is seeking to tackle more riskier and challenging projects than traditional global finance institutions such as the World Bank.

The bank is aiming to be operational by the first quarter of next year, Tito Mboweni, a non-executive director of the lender and a former governor of South Africa’s central bank, said in an interview with Bloomberg TV’s Manus Cranny on Friday.

Leaders from Brazil, Russia, India, China and South Africa formally started New Development Bank at a summit in Russia this week to boost financial and economic ties between the emerging-markets bloc. The lender, which will have initial capital of $50 billion and aim to raise that to $100 billion over time, provides an alternative funding source to the World Bank and the International Monetary Fund.

“We do need another development bank but of a different kind,” Mboweni said. The BRICS nations, who are all members of the World Bank, “have nevertheless also found that there are problems with the World Bank group. We want to take on the riskier infrastructure projects and other development projects, but there may be cases where we have to work together.”

The BRICS countries account for more than a quarter of the world’s economic output, according to the bank’s website. The lender will be based in Shanghai and its first president is Kundapur Vaman Kamath, chairman of India’s largest private sector lender, ICICI Bank Ltd.

Mboweni, 56, said the BRICS bank will also have a regional headquarters for sub-Saharan Africa, based in Johannesburg. The lender plans to partner with institutions such as the Development Bank of Southern Africa to invest in infrastructure projects, he said.

“This is not a substitute for the World Bank, the Latin American Development Bank or any other developmental financial institution,” Mboweni said. “This is an additional source of funding, but we do want to do things differently.”

While it’s still too early to provide details on deals that will be financed, funding required by South Africa’s state-owned power utility, Eskom Holdings SOC Ltd., “falls squarely within the mandate of the bank,” Mboweni said.

Eskom has a cashflow shortfall of 225 billion rand ($18 billion) in the five years through 2018 as it builds power plants to expand capacity. The utility has implemented regular rolling blackouts this year as it struggles to meet demand, curbing economic growth.

Investors are cutting back holdings in emerging-market assets as global risk aversion rises. The Brazilian real has depreciated 17 percent against the dollar this year, the most among 24 emerging-market currencies tracked by Bloomberg, while South Africa’s rand has declined 6.9 percent.

South Africa’s economic fundamentals are still intact, despite a weakening in the economy and currency, Mboweni said.

“I would expect the South African economy to weather this storm fairly well. I expect the currency to find an appropriate level,” he said. “The quicker this Greek thing is sorted out the better for everybody because no matter how good our fundamentals may be, if there’s a disturbance somewhere in the world which is seen to affect emerging markets, we are always blamed.”