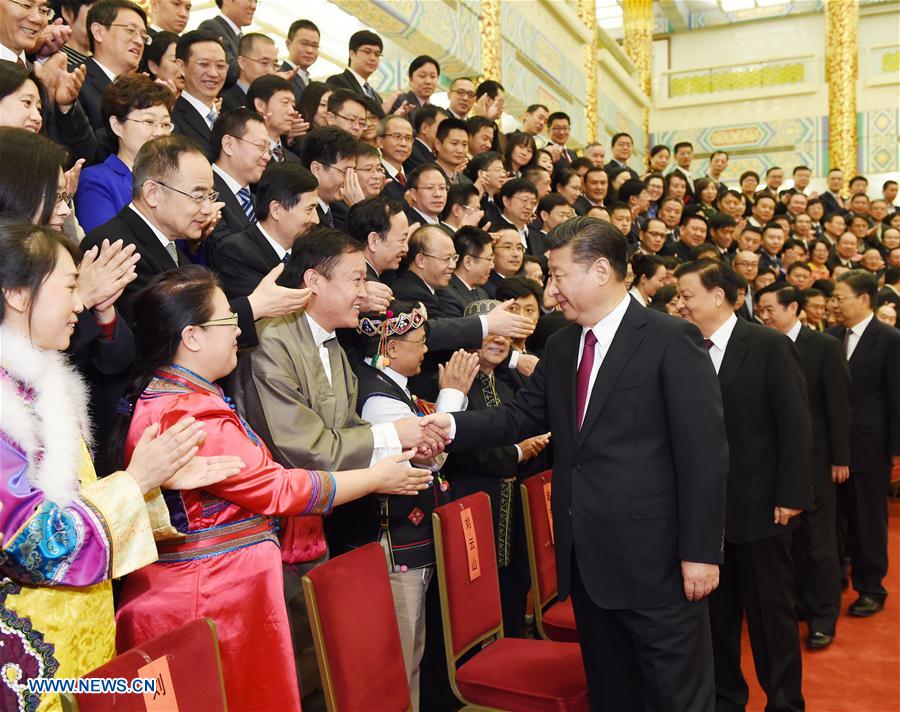 Chinese President Xi Jinping on Monday stressed the importance of “a sound environment for public opinion,” calling it crucial for governance and national stability.

Xi made the remarks while meeting with representatives of the All-China Journalists’ Association (ACJA) and winners of this year’s China News Award and Changjiang Taofen Award, the country’s top two journalism awards, named after famous Chinese journalists Fan Changjiang (1909-1970) and Zou Taofen (or Tsou Tao-fen, 1895-1944).

Xi, also general secretary of the Communist Party of China (CPC) Central Committee, urged the country’s journalists to follow “the correct political direction,” conform to the CPC Central Committee, adhere to the Marxist view of journalism, stick to the standpoint of the Party and the people and uphold socialism with Chinese characteristics.

Journalists were told to make more efforts to promote the Party’s theories and policies, Chinese people’s hard work and achievements, as well as mainstream values and “positive energy.”

Xi also called on them to continuously improve their professional abilities, strive for innovation and be diligent and dedicated.

In addition, Xi urged the ACJA, an organization linking the Party and the government with journalists, to better unite journalists and make the association their “home.”

Xi said the media have played a very important role in various stages of revolution, reform and development, praising their efforts in disseminating the Party’s propositions, speaking for the people and conducting research for policy-making.

Xi said the media sector has inspired the confidence and strength of the Party and Chinese people of all ethnic groups in uniting and marching forward by actively publicizing the Party’s propositions since the 18th CPC National Congress in late 2012.

Describing the country’s journalists as “reliable and high-quality,” Xi expressed his gratitude to them on behalf of the Party and the people.