Will Brazil rise to the big data challenge?

As the discussion of big data becomes more commonplace between enterprises and governments, the uses of harvesting and analyzing large sets of data become better understood. And big data’s uses are many, yet untapped. Its use for analyzing heavy transportation and traffic patterns in urban areas, pinpointing the source of disease, andencouraging better local energy usage are some of the ways in which capturing and deploying large amounts of data can tangibly affect regular citizens, and these solutions are expanding beyond the borders of Silicon Valley, and the U.S. A recent forecast from research firm Frost & Sullivanprojects the enormous growth of Brazil’s big data market over the next four years.

The numbers point to Brazil’s big data market reaching $965 million by 2018 — that’s up from $243.6 million in 2013. Such a jump will require quite a large investment from Brazil’s technology companies and IT sector — both of which will face a few challenges before being able to achieve such numbers. Of course, the biggest one is ameliorating themselves to the concept of big data — what it is and how to use it. Since Brazilian companies are just beginning to explore how to leverage big data, the beginning of profitability in the sector could come from data consulting firms.

This will quicken adoption in verticals, such as finance, telecommunications, manufacturing and retail, that are already mature enough to implement big data analytics. Government investments in big data will grow exponentially due to projects that will bring more agility, security and transparency to governmental information. 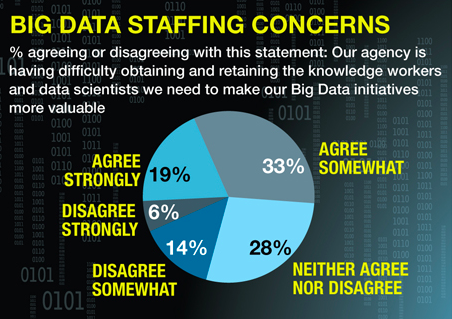 Another challenge could arise in Brazil’s approach to data storage — especially when it comes to native versus foreign data-based operations. Since 2013′s Snowden revelations regarding the NSA’s global surveillance tactics, Brazil has erupted with angry citizens and government leaders who have been exploring ways to try to avoid the data culling practices of the U.S. Unfortunately, this effort has resulted in some of Brazil’s political leaders attempting to pass legislation that would be at odds with American tech company practices — requiring them to install data centers in Brazil in order to capture any data on Brazilian users.

Attempting to control the flow of information is not conducive to allowing the most accurate and most helpful amount of data to be collected and analyzed for big data’s purposes — something Brazil will have to reconcile with before it can leverage the power of big data, and achieve its huge forecasted market growth.