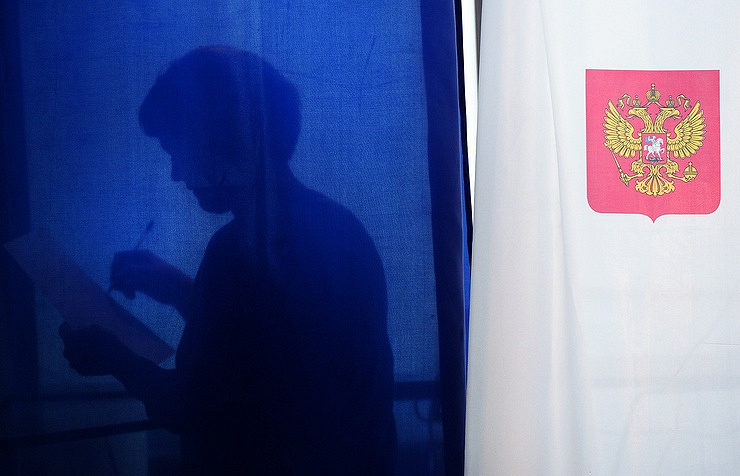 Russia has started electing the 7th State Duma (lower house of parliament), as the first polling stations opened in the easternmost Kamchatka and Chukchi peninsulas at 08:00 on Sunday (23:00 Moscow time), when it was still late Saturday evening in the country’s western areas.

One hour later, at midnight Moscow time, elections will begin for the voters in the Magadan and Sakhalin regions and the eastern districts of the Republic of Sakha (Yakutia), and in another hour, in the Khabarovsk and Primorye territories, the Jewish Autonomous Region and the central part of Yakutia. At two past midnight Moscow time the voting will get underway in the Trans-Baikal Territory, the Amur Region and Western districts of Yakutia, including the republican center Yakutsk. One hour after that the polling places in Buryatia and the Irkutsk Region will open their doors.

At 04:00 Moscow time the republics of Altai, Tyva, and Khakassia, the Altai and Krasnoyarsk territories and the Kemerovo, Novosibirsk and Tomsk regions will join in. The Omsk region will be next in line. In another 60 minutes, when it will be 06:00 in Moscow, ballots will begin to be cast in Bashkortostan, the Perm Territory, the Kurgan, Orenburg, Sverdlovsk, Tyumen and Chelyabinsk Regions and the Khanty-Mansi Autonomous Area-Yugra and the Yamal-Nenets Autonomous Area.

One hour before the voting starts in Moscow the electorate of Udmurtia, and Astrakhan, Samara and Ulyanovsk regions will have a chance to express their will.

The last polling stations in the west will close at 21:00, when people in the east will already be waking up to meet the new day – Monday, September 19.

For those Russian citizens who are far away from home the voting will proceed much longer. In the Americas, the last ones to drop their ballots in the boxes will be compatriots in San Francisco and Vancouver.

Who is being elected

A new State Duma, in contrast to the outgoing one that was formed entirely on party tickets, will be shaped under a mixed pattern: 225 of its members will be elected on the proportionate basis (on party tickets), and another 225 in single-member constituencies.

Eleven political parties will participate with their lists of candidates: alongside the four ones having a representation in the current State Duma (United Russia, the Communist Party of the Russian Federation, the Liberal Democratic Party of Russia and A Just Russia) there are ten others – Yabloko, Party of Growth, Parnas, Rodina (Motherland), Patriots of Russia, Communists of Russia, Civic Platform, Civic Force, Russian Party of Pensioners for Justice, and the Greens. Alongside party candidates there are 23 self-nominees in single-member constituencies. A total of 6,500 candidates will be contesting seats in the State Duma (14+ contenders per one seat).

The right to vote belongs to 111.6 million Russians residing within the country’s territory or feature on the lists of Russian consular offices abroad. On the polling day more than 94,000 polling stations will open, including those in closed territories – military garrisons, prisons, hospitals, etc. The people of Crimea and the city of Sevastopol, which joined Russia in March 2014 after a referendum, will be voting in the Russian parliamentary election for the first time. A total of 371 polling stations have been formed outside Russia in 145 countries.

On the same day, September 18, all the 85 Russian regions will hold more than 5,300 elections of different level.

Seven regions will elect governors and regional heads – the republics of Komi, Chechnya and Tuva, the Baikal Territory and the Tver, Tula and Ulyanovsk regions.

A total of 39 regions will elect deputies of local legislatures.

In all, over 103,000 candidates are taking part in the elections and some 40,000 mandates will be distributed as a result of the vote.

The All-Russia Public Opinion Research Center, the country’s chief pollster, said on Friday the voter turnout at the elections is expected to reach or even exceed 50% There is no minimal required voter turnout.

There will also be a new Russian Federation Council (the parliament’s upper house) after the September 18 polls. It is made up of representatives of regional legislatures and executive bodies. The senators are delegated by regional parliaments and governors after the election.