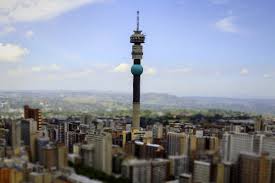 By GIFT NDOLWANE
JOHANNESBURG, (CAJ News) — SOUTH Africa is projected to have the highest information and communications technology (ICT) spend (US$10,5 billion) in the developing world during the current year. According to Huawei, the leading global ICT solutions provider, this would be higher than any country across the Middle East, Turkey and Africa (META) regions. This is among the findings in the just announced Huawei Global Connectivity Index (GCI) 2017, the fourth annual study that shows how countries are progressing with digital transformation based on 40 unique indicators that cover five technology enablers: broadband, data centers, cloud, big data and Internet of Things. Huawei stated South Africa had performed at average levels in terms of broadband, data centers and cloud services. However, its Fibre to the Home and fixed broadband fell behind. “This could hinder further development in usage of data and cloud services,” stated the ICT solutions firm. It said the highest spend across the META regions was the major positive for South Africa. In its GCI 2017, Huawei reported digitally-developed economies around the globe are continuing to progress due to larger investments and adoptions in ICT. “At the same time, digitally-developing economies have also started to accelerate their growth by investing strategically in ICT capabilities and their digital transformation journeys – yet the gap continues to grow,” Huawei stated. According to GCI 2017, global progress towards a digital economy is picking up pace. The world’s GCI score is up four percentage points since 2015. The report shows that ICT has become an engine of economic growth. – CAJ News