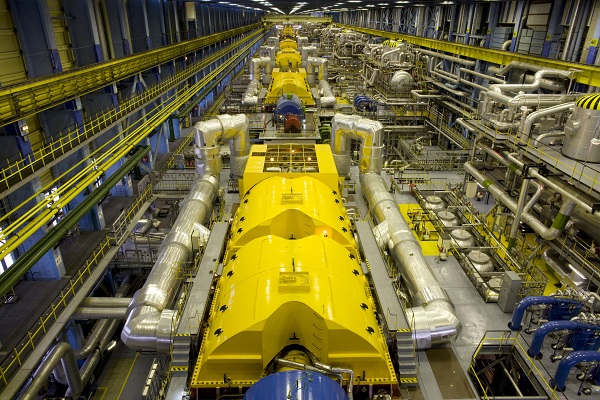 South Africa’s plan to build nuclear power plants will go ahead with Pretoria green-lighting  a process that could lead to it adding up to 9,600 megawatts of nuclear power to its national grid, the department of energy said.

The department said the cabinet had earlier this month given the green light to issue a request for proposals from the nuclear industry, which would be put to the cabinet for approval before a request was issued for formal bids. BRICS allies Russia and China are expected to be among the many bidders.

South Africa’s government plans to add 9,600 megawatts of atomic energy to the national grid by 2029 as the country grapples with shortages that have curbed mine and factory output and limited investment. Eskom Holdings SOC Ltd., the state-owned utility, operates the continent’s only nuclear power plant — the Koeberg facility near Cape Town that supplies about 4 percent of the nation’s electricity.

South Africa’s Department of Energy has said the broader plan to boost nuclear power extends over the coming 15 years.

The country has signed nuclear cooperation accords with Russia, China, France, US, Japan and South Korea.

The Treasury in October set aside 200 million rand to consider the costs, benefits and risks of building more nuclear power stations.

Finance Minister Pravin Gordhan has said his office would ensure that South Africa stuck to fiscal prudence, including on any deals relating to the building of nuclear power stations.

In Sunday’s statement the department of energy said it was committed to cost effectiveness and transparency, adding it would ensure that the process is done within the government’s fiscal policy framework.