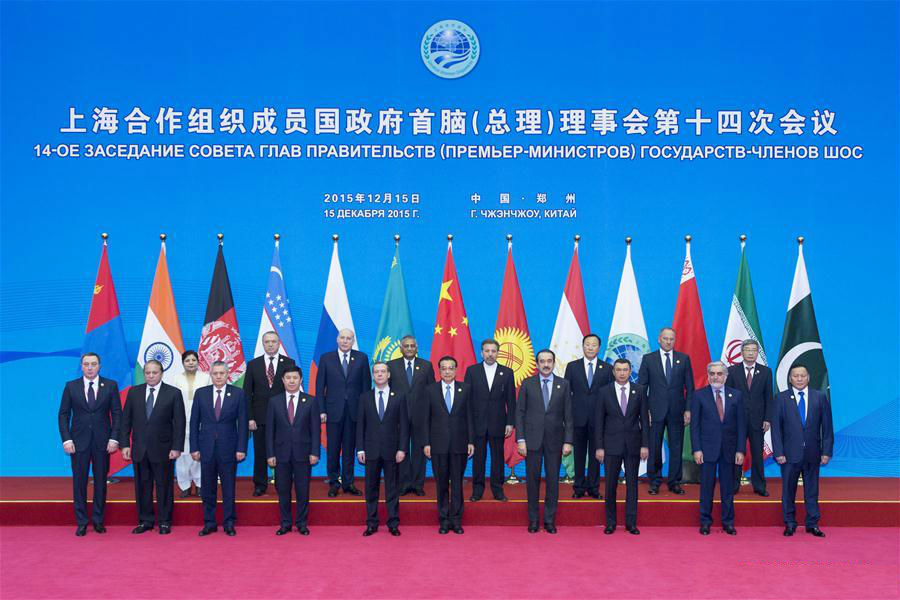 The prime ministers confirmed the support for China’s Silk Road Economic Belt plan and issued a statement on regional economic cooperation. They expect the implementation of the initiative will promote gradual sustainable economic growth and support peace and stability in the region.

“China intends to replicate its industrial capacity cooperation with Kazakhstan with other SCO countries and forge internationally competitive industrial cooperation chains,” Premier Li said when presiding over the meeting.

China and Kazakhstan signed an agreement of industrial capacity cooperation in 2014 and have reached deals worth about 23 billion U.S. dollars. They have identified 52 projects for early harvest, with more than 10 projects already or about to be launched, covering automobile assembly, energy, chemistry and cement among others.

“The SCO members, seated in the core area of the ancient Silk Road, face great opportunities for cooperation with the implementation of China’s Belt and Road Initiative underway,” said Gao Fei of China Foreign Affairs University.

The leaders also agreed to develop an international transportation corridor of roads and railways. China has proposed a Eurasian connectivity to raise the efficiency of China-Europe freight trains.

China has provided 27.1 billion U.S. dollars of credit to SCO members and it said it will do more.

Li called for the steady expansion of the SCO Interbank Consortium, which will fund large projects. China will promote the Asian Infrastructure Investment Bank (AIIB) and the New Development Bank for BRICS to support SCO members’ projects, and will consider an SCO development bank at a proper time, he said.

SCO members signed a plan for customs cooperation from 2016 to 2021 after the meeting.

“We should conduct closer security cooperation on the platform of SCO, leaving no room for destabilizing forces,” Li said.

Anti-terrorism is high on the agenda this year, particularly SCO members are close to areas where the Islamic State (IS) has been conducting terrorist attacks.

China promised scholarships for 20,000 students from SCO members in each of the next five years.

The leaders agreed the 15th SCO prime ministers’ meeting will be held in Kyrgyzstan in 2016.