This was revealed in the 2015 World Investment Report by the United Nations Conference on Trade and Development (UNCTAD).

Global foreign direct investment slowed by 16% to $1.23-trillion in 2014, according to the report that was released on Wednesday.

The declines were because of “the fragility of the global economy, policy uncertainty for investors and elevated geopolitical risks”, according to UNCTAD. 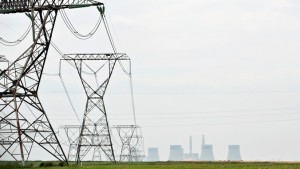 The declines in the rest of the Southern African subregion were at a more muted 2%, as not only South Africa, but also Mozambique saw a reduction of foreign direct investment flows by 21% or $4.9-billion. Flows into West Africa shrank by 10% to $12.8-billion, as a result of the Ebola virus outbreak, regional conflicts and falling commodity prices affected several countries, the report noted.

Foreign direct investment is viewed as a more stable source of investment into a country’s economy as compared with investment inflows into the bond or stock markets.

Several issues over the past year, including chronic power shortages and labour unrest, have weighed down South Africa’s economy, resulting in lacklustre economic growth.

Uncertainty has also emerged as the government considers several changes to policy and legislation that private sector economists believe are weighing on investor and business confidence in the country.

Last month Annabel Bishop, group economist at Investec, noted that proposed legislation, including the Promotion and Protection of Investment Bill, the Expropriation Bill and a policy proposal on land reform, were “significantly contributing to low business confidence in South Africa”.

The department of trade and industry is in the process of cancelling a number of bilateral investment treaties, with the aim of replacing this investment regime with the Promotion and Protection of Investment Bill.

It has come under a great deal of fire for cancelling a number of investment treaties with trade partners such as Germany.

But the UNCTAD report revealed that South Africa is just one of a host of nations that is in the process of reviewing its international investment agreements regime.

Experience had shown that these agreements “bite” – namely that their protection provisions “can and have been enforced by arbitral tribunals at sometimes huge costs to the state”, according to the report.

They can also have implications for numerous other areas at all levels of policymaking in countries, limiting the regulatory space of the contracting parties.

Concerns have been raised, it said, that these limits on regulatory space “go too far, were not properly understood at the point of entry into or are inadequately balanced by safeguards for governments or by obligations on [multinational enterprises]”.