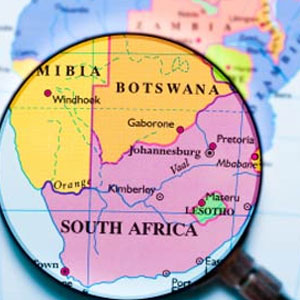 These statistics include trade data with Botswana, Lesotho, Namibia and Swaziland (BLNS). The trade data excluding BLNS for September 2016 recorded a trade balance deficit of R3.05bn.

In line with international statistical best practice, the February 2016 to July 2016 export figures have been adjusted by R23.9bn, resulting in the year-to-date trade balance being revised downwards from a R7.41bn trade surplus published in August 2016 to a R9.95bn trade deficit in September 2016.

Sars said the R23.9bn adjustment is as a result of revisions to the gold exports by the SA Reserve Bank (Sarb) which supplies the gold export data to Sars. These gold revisions (for the first half of 2016) have been disclosed by Sarb in the September 2016 Quarterly Bulletin.

The revisions relate mainly to adjustments made for gold that was moved to facilities outside South Africa, but with ownership of the gold retained by South African entities.

August 2016’s trade balance deficit was revised upwards by R0.32bn from the previous month’s preliminary deficit of R8.56bn to a revised deficit of R8.88bn as a result of ongoing Vouchers of Correction (VOCs).