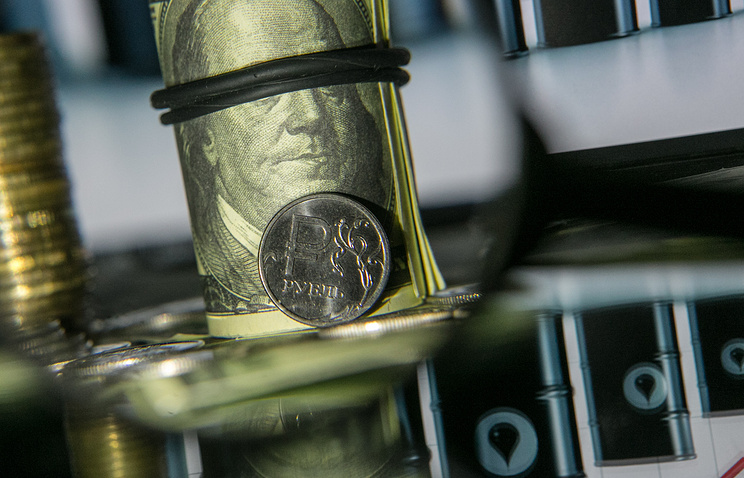 The Finance Ministry does not rule out a small deflation in August, Oreshkin added.

“There could be a small deflation,” Oreshkin said.

It was reported earlier that the Russian Central Bank believed deflation could take place in Russia in August – September in view of seasonal factors.

“Deflation is possible early in fall, at the turn of August. However, food prices declined this year earlier than usually and some seasonality may be shifted. We have not changed the inflation outlook by the year-end so far – 5-6%,” the Central Bank Governor Elvira Nabiullina said.

Money from the Reserve fund will not be used in July 2016. Most funds will be used in the end of the year, Oreshkin said.

“We are not going to use it in July. Closer to the end of the year we will start the projects that were planned. December is always the hardest month – maximum spending and maximum use of the Reserve Fund,” he said, noting that the Reserve Fund might be used in August, if needed.

According to Deputy Minister, this trend will not affect the exchange rate of the ruble.

The deputy minister does not rule out additional placement of sovereign Eurobonds in 2016.

“We have two options (to raise funds – TASS): the Eurobonds in the amount of $1.25 bln we have not placed yet, or during the budget amendments. This probability (to increase the program of borrowings – TASS.) is there – we are doing well now, and if this trend continues, there is a high probability (of additional placement of bonds – TASS) if the market falls, then the probability will be smaller. The situation in the global economy is worsening slightly. The price of oil fell to $42, and the outflow of capital from China has intensified,” Oreshkin said.

According to Oreshkin, the Finance Ministry sees no direct impact of ruble strengthening on the budget, the current exchange rate of the ruble is fully consistent with the balance of payments and oil prices.

“We believe that the ruble is fairly valued in accordance with the balance of payments and the current oil prices. When we are talking about a new fiscal rule, we are rather concerned about reducing dependence of entire domestic economy from fluctuations of oil prices,” he said, adding that it is wrong to talk about impact of ruble exchange rate on budget.

Current ruble exchange rate is fully consistent with balance of payments and oil price, he added.

“We believe that the ruble is fairly valued in accordance with the balance of payments and the current oil prices. When we are talking about a new fiscal rule, we are rather concerned about reducing dependence of entire domestic economy from fluctuations of oil prices,” he said.

According to Deputy Finance Minister, it is wrong to talk about the impact of the ruble exchange rate on the budget, as the national currency reflects the state of the economy.

Oreshkin does not agree with the experts’ assessments, according to which the strengthening of the ruble exchange rate by 1 ruble leads to the budget losses of around 150-160 bln rubles ($2.3 bln – $2.46 bln). “Even a direct impact at the current oil prices is two times lower than this level. It is necessary to understand that market economy becomes negative from the weakening of the ruble,” he said.

The growth dynamics of GDP

The deputy finance minister went on to say that the growth dynamics of GDP and industrial production of Russia in the second half of 2016 will be higher than in the first half of the year.

Earlier, Minister of Economic Development Alexei Ulyukayev said that the Ministry was likely to revise the outlook on the dynamics of industrial production in Russia in 2016 in a positive way. The baseline forecast of socio-economic development of the Russian Federation for 2016 includes zero rate of industrial growth.

“A considerable number of banks sees liquidity surplus. We can see the effect of the situation – positive dynamics on the deposits, mortgage portfolios. Over the last year banks have come to liquidity, changing position of deposit rates and increasing lending activity in terms of mortgage,” he said.

At the same time, Oreshkin said that such strong effect of the liquidity surplus will not repeat.

Oreshkin went on to say that the Finance Ministry expects the outflow of capital from Russia to increase in the second half of 2016 due to an intensive schedule of debt repayment.

“We expect that in the second half of the year the capital outflow will be a bit higher due to the heavier schedule of repayment of external debt, but again, there won’t be significant changes,” he said.