Russian Economy to Start Growing Again at End of 2016 — Medvedev 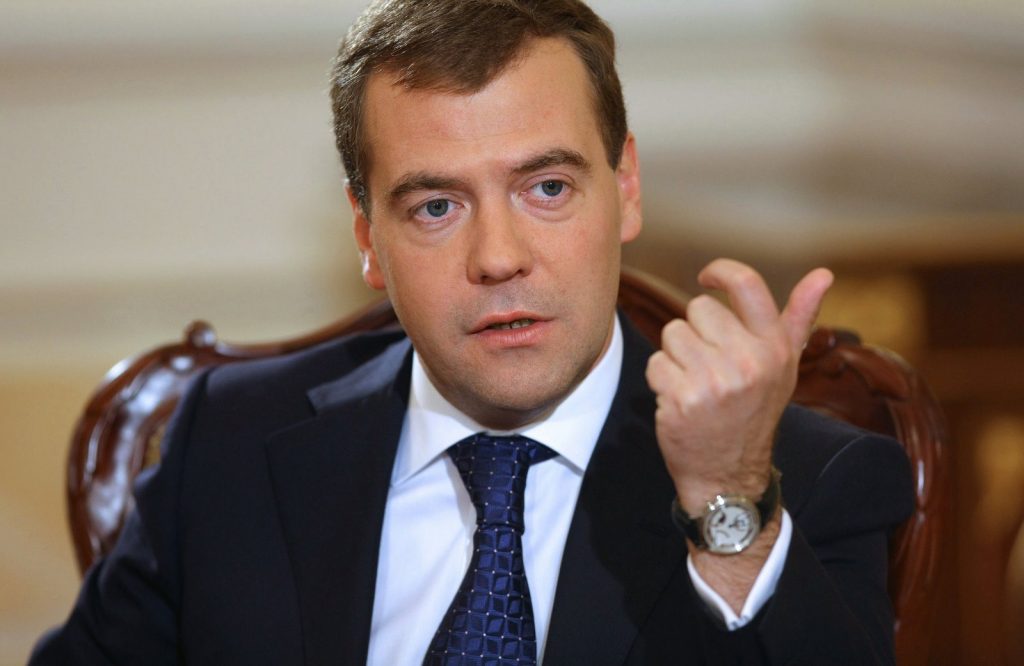 Russia’s economy may see a positive trend by the end of 2016, Prime Minister Dmitry Medvedev said in an interview with the Chinese Central Television (CCTV).

He added that agriculture is showing rates of growth of around 3-4% per year “unheard of neither in Soviet nor post-Soviet times.”

“We became the largest exporter of grain in the world, livestock is also developing rather well. By the way, we really hope for building full-format, comprehensive relations in trade in agricultural products with the People’s Republic of China, since the Chinese market is huge, your country is very big, and it naturally consumes an enormous amount of products,” the prime minister noted.

Moreover, chemical and pharmaceutical industries are also developing rather well in Russia, and several large industrial projects are being implemented, Medvedev concluded.