Russia, Thailand Plan to Increase Trade Fivefold in Near Future 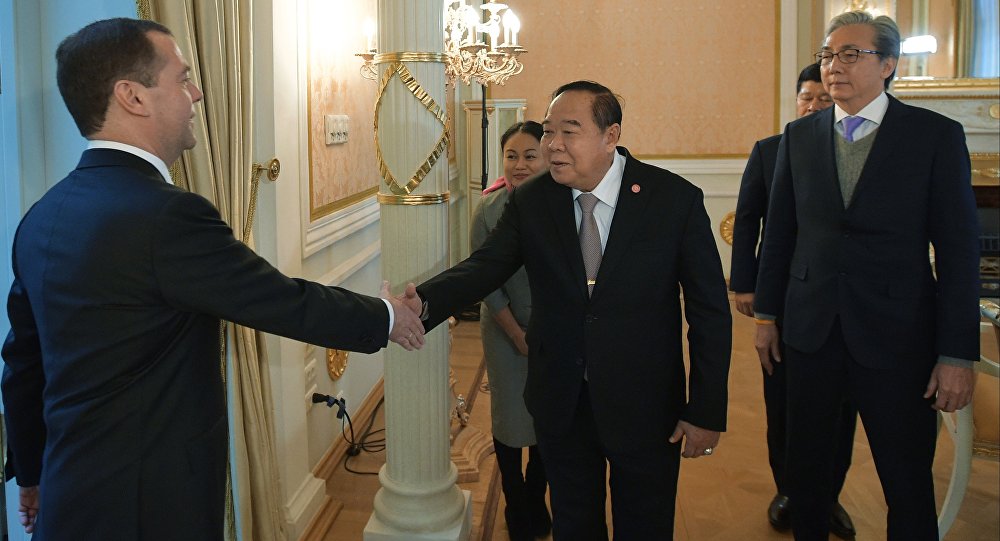 A Thai government delegation is currently on a visit to Moscow. The delegates include Defense Minister Prawit Wongsuwan and Deputy Prime Minister and Economic Affairs Minister Somkid Jatusripitak, among other officials.

“It is necessary to overcome the tendency [toward a] decrease in bilateral trade that amounted to $2.05 billion dollars in 2015, which is 48.4 percent less than in the previous year [$3.9 billion],” the source said.

The source added that during the bilateral meeting the sides plan to discuss a wide range of issues related to cooperation in trade, economics, investment, science and technology and other areas, with an emphasis on the development of “strategic guidance to further promote [a] multi-faceted partnership.”

Earlier in February, Russian Ambassador to Thailand Kirill Barsky told RIA Novosti that relations between the two countries were developing intensively in all spheres, adding that a growing mutual interest in deeper cooperation had been observed.