Putin and Lukashenko to Discuss International Problems and Eurasian Integration 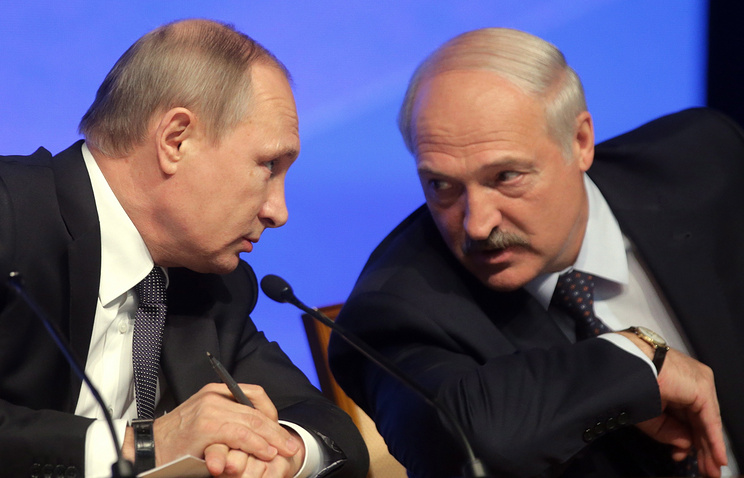 “It is planned that during talks, the heads of state will discuss key issues of bilateral relations, prospects of promoting Eurasian integration, as well as relevant international problems,” the official statement published on the Kremlin website said.

“The program of visit (to Moscow) envisages talks of the Belarusian leader with Russian President Vladimir Putin,” the Belarusian presidential press service said earlier. “The leaders of the two countries will discuss the most pressing issues on the agenda of Belarusian-Russian relations, matters of political cooperation, development of integrational processes, situation in the region and in the world,” the press service added.

On November 17, Lukashenko said at the press conference for regional Russian media that Belarus and Russia remain strategic partners and continue to maintain equal positions at the international arena, despite arising disagreements in the sphere of economic cooperation. “The Russian Federation has been and remains for us not just a strategic partner and ally, but also a fraternal country,” the Belarusian president said.

“It is not a coincidence that when we are talking about key issues on the international agenda, Belarus and Russia present a united front,” he noted adding that the two countries should “stay together, be strong.” The main thing is that “we have peace and accord in the house” unlike in Ukraine, Lukashenko said. He said he is confident that “Belarusian-Russian relations have an opportunity to enter a qualitatively new level now.”