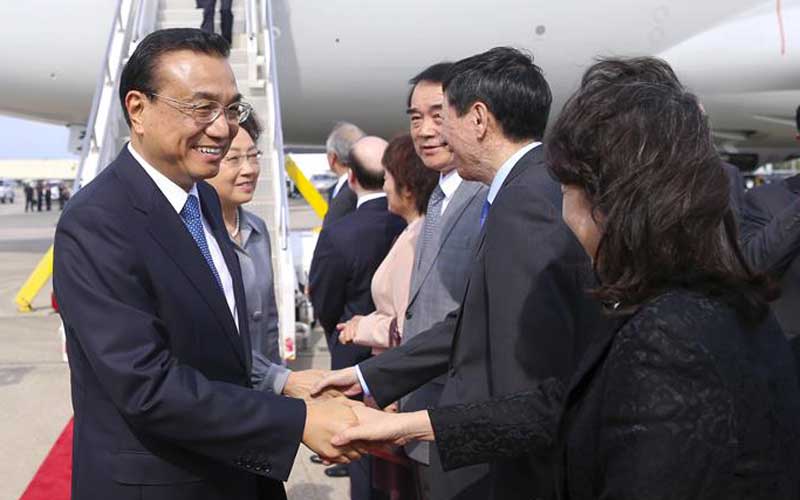 Chinese Premier Li Keqiang is expected to chair a symposium on sustainable development while attending the 71st session of the UN General Assembly, and to offer the Chinese measures to help promote the 2030 Agenda for Sustainable Development.

Liu Jieyi, China’s permanent representative to the UN, said during a recent interview with Xinhua that China will lead international development and cooperation, and promote implementation of the UN-facilitated 2030 Agenda.

“As the world’s largest developing country, China has a unique advantage in implementing creative, harmonious, green, open and shared development, as well as promoting development and cooperation among countries,” the Chinese envoy said.

The agenda, which was adopted by world leaders one year ago, outlines 17 sustainable development goals (SDGs) with an aim to guide the world to pursue economic and social progress while protecting the environment.

David Nabarro, a UN special adviser on 2030 Agenda for Sustainable Development, said that China has committed a real and considered effort to tackle a set of global goals for sustainable development to end poverty, inequality and combat climate change.

Recalling his work with different Chinese authorities, Nabarro said he was impressed by the attention being given to the importance of environmental factors in development by the Chinese government.

Within China’s current national socioeconomic development plan, known as the 13th Five-Year Plan (2016-2020), the Chinese government has prioritized the environment and has decided it will pursue development through a low carbon pathway, he noted.

“China has also recognized the importance of the equality dimension,” he said, adding that he has been working with the Chinese government to address the challenge of how to help the less well-off population to come forward for development.

On implementing the sustainable development goals, Nabarro said it requires action by nations working together. “You can’t just approach the SDGs from a single nation perspective.”

Echoing Nabarro’s view, UN General Assembly President Peter Thomson said it was heartening to hear about the high-level commitments that China has made towards the United Nations, including its commitment to sustainable development.

He said that the Chinese government is well progressed in integrating the sustainable development agenda into its national plan.

“China was one of the strongest players in the achievement in the MDGs (Millennium Development Goals), particularly in ending poverty,” he said. “We expect China is going to be one of the leading countries in the implementations of the SDGs.”

Thomson also said he was going to attend the symposium held by China on sustainable development during the General Assembly high-level events.

“I think it will be an opportunity for us to hear what are the main players doing in terms of integrating the sustainable development goals into their national plans,” he added.

Thomson paid a visit to China at the end of August. He said he was pleased to learn during his visit that Beijing had placed sustainable development high on the agenda of the Group of 20 (G20) summit held in the eastern Chinese city of Hangzhou on Sept. 4-5.