Perceptions on China under the BRICS Framework

Since 2009, when the BRIC grouping’s first formal summit held in Yekaterinburg, Russia, and then 2011, when the bloc originally composed of Brazil, Russia, India and China, was enlarged as South Africa joined during the third summit, the BRICS countries have been actively engaged with one another and achieved pragmatic cooperation in various economic and financial fields. 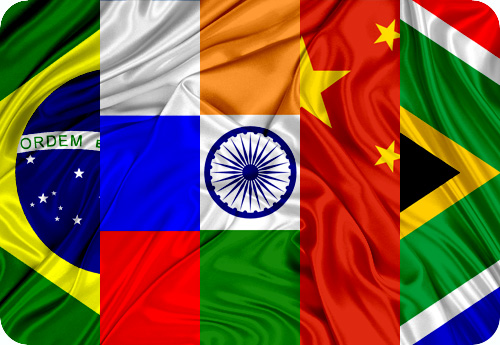 The newly concluded 7th summit in Ufa, Russia, on 8-9 July this year, especially witnessed the entry into force of both the BRICS’s New Development Bank (NDB) and the Contingency Reserve Arrangements (CRA), two potential alternatives to the Western-dominated global development and financial architectures. Therefore, the launch of these two BRICS financial institutions is widely seen as a milestone for the emerging global order and an evolving reform of global governance.

With the weight of its huge economic size, China naturally has played a pivotal role in driving progress toward real cooperation among the BRICS countries. For China’s part, positioning itself in a proper orientation would greatly matter to the BRICS countries’ endeavours, influence and vitality either taken individually or as a group. In this sense, to understand what role should China assume from the perspectives of its BRICS partners has great significance for optimising global governance and spreading greater voices of emerging and developing countries.

This briefing paper aims to present how Chinese BRICS counterparts see China under the BRICS framework by gathering and summarising mainstream opinions from official, academic and public sides. We hope that this work contributes to discussion on global governance and areas of cooperation among BRICS.

Some scholars maintain that China would remain to be the biggest economic partner of Brazil in terms of trade and investment. They comment that the promise of Chinese investment in infrastructure could dramatically help Brazil strengthen ties with other South American countries, a high chance to improve connections of the continent. Besides, there are huge trade complementarities between Brazil and China given the considerable demand of either natural resources from China or manufactured goods from Brazil.  According to official statistics, primary products and natural resource-based manufactures account for over 85% of Latin American exports to China. Though this trade contributed to Brazilian economy with millions of dollars per year, it also triggers much criticism from academia and public since highly concentration on export of natural resources drives Brazil to an unexpected industrial shift from manufactured commodities to primary products, a tendency of reprimarization, and therefore to a large extent hinders its progress of industrialisation and economic development.

It should also be noted that for Brazilian part, China is consistently seen as a leading and active actor in the governance of BRICS group in the favour of “club goods” given that China played a vital role in establishing the two BRICS financial institutions, namely NDB and CAR. Scholars believe that the rising economic power might enable China to be more capable of pressing the United States and its Western allies for more efficient global governance, particularly the reform of IMF. Likewise, some scholars expect that China should invest more political resources in BRICS so that the group will develop faster and more intensively. However, there are some opinions coming out against the establishment of NDB primarily on the ground of an outdated anti-communism thinking; some skeptics also warn the possibility that China will pose a dominant presence in the group and transform the BRICS into a “C + 4” with the economies of other partners weakening.

Russia continuously treated China as the most important strategic cooperative partner, which has been reflected from frequent high-level dialogues between these two great powers all over the past years; and Russia considers China as a priority of its foreign policy. In recent years, Russia kept developing more comprehensive cooperation with China, which has included various political, economic, historical and cultural communications.  Especially, due to Ukrainian crisis and thereafter Western sanctions, Russia is believed itself to stand much closer to China, both politically and economically. According to the statistics of Ministry of Economic Development of the Russian Federation, by August this year, China has been the most important foreign trade partner of Russia, and its total foreign trade volume with Russia has reached 41.1 million USA dollars. With respect to Russian public attitudes to China, the latest research conducted by Levada Analytical Centre shows that 83% of Russian consider Sino-Russian relation “Excellent” or “Basically good”; and about 35% of Russian population think that China is the most “necessary” partner for Russia. They feel that Russia and China are experiencing the closest period of time in history and it is expected to last for a long time.

However, despite the probably closest time in history for those two countries, territorial disputes, the precaution and unfriendliness against Chinese immigrants, as well as, the unwillingness to selling China its newest high-tech military weapons should not be ignored. Maybe on the political lever, due to the complicated and volatile world situation, also, due to national economic downturn, Russia needs China’s support, and Russia chose China as its best friend at this period, but it’s not difficult to find that Russia has not done any concession to China on its core interests, even now.

Many Indian officials are inclined to view China with a mixed feeling. It is apparent to see several anxieties among some Indian officials as the trade deficit with China remains huge for years and China’s industrial strength becomes more competitive. With regard to Chinese economic slowdown, many officials believe that India could reap the benefits from the economic deceleration in China; while some officials are worried that Indian economy might be negatively influenced. Meanwhile, Indian government also regards China as an experienced forerunner of economic development. Many analysts point out that “Make in India” initiative is imitating China’s growth track. In some international affairs, Modi government prefers to regard China as its supporter because they share many common development opportunities and growth tracks, and they face similar challenges. Modi has underlined that they assure China of full support during India’s Presidency in BRICS, starting from February 1, 2016. Regarding the cooperation among BRICS, concern over China’s dominance in BRICS grouping is much discussed in officials and academia. Many officials and scholars maintain that the “China-dominance” view is overblown. As for Chinese currency devaluation, India’s central bank chief believes that China should not be blamed for Asian currency war, and he backed bigger role for Yuan. Though Modi government is hesitant to participate in China’s initiative — “One Belt One Road”, many Indian scholars believe that many “ One Belt One Road” projects are open and beneficial to India, and they suggest that Indian government should take an active part in these international projects.

As for Indian public view on China, a survey conducted by the Pew Research Center, a nonpartisan think-tank based in the United States, shows that as of 2015, 41% of Indians see China favorably, 10 points higher than the figure in 2014. There are still 42% of Indians, however, regarding China as a very serious threat to India, and 62% of Indians concerning about territorial disputes with China. Interestingly, this survey also suggests that Indian attitudes toward China vary considerably across education levels and regions. People who receive higher education or live in southern and coastal states tend to keep a positive perception on China. Besides, public attitudes are partially guided by India’s media. An investigation by Gateway House shows that 45% of newspaper reports tend to be negative, mentioning China acting as an aggressor towards India or against Indian interests.

Officially, South Africa positively evaluated China as a trusted development partner and expresses its strong willingness to seek deeper and broader bilateral cooperation with China. South Africa especially appreciated China’s long-term and tremendous support to the economic and social development of African countries and its understanding of African countries’ positions on major international issues, as well as the great importance attached to the Forum on China-Africa Cooperation (FOCAC). During the latest FOCAC summit concluded in Johannesburg, December the 5th and President Xi’s state visit to South Africa, South Africa signed 26 agreements with China worth R94 billion and will expand cooperation in the realignment of industries to accelerate South Africa’s industrialisation process; the enhancement of cooperation in Special Economic Zones; the enhancement of marine cooperation; infrastructure development; human resource cooperation and financial cooperation. Additionally, African National Congress (ANC) believes it is necessary to learn Chinese experiences on economic development, considering Chinese economy toke off remarkably within a short of three decades.

Scholars believe that China plays a positive role in the inclusion of South Africa in the BRICS grouping, thereby enabling this grouping to be more representative of the new economic and political powers. With the pace of trade and investment speeding up, coupled with closer international cooperation with Beijing through the G20 and BRICS grouping, South Africa-China ties are assuming a significant position in the continental and global affairs. Certainly, some scholars also point out that the South Arica-China evolving relationship also brings questions of divergence and competition as well. In public, the majority of South African people hold a positive attitude toward China. The Pew data show that 70% of Sub-Saharan Africans surveyed voice a positive opinion of the role of China. They look to further increase Chinese investments in the infrastructure, especially the power industry; they believe that these investments would create more job opportunities and thereby relieve unemployment pressure. Also, people assert that China is the largest trading partner but not the best since exports to China are mainly concentrated on raw materials; they criticize China is suspected of taking out natural resources from South Africa.

In conclusion, China has so far made significant contributions to deepening and strengthening pragmatic cooperation among the BRICS countries; and its leading and active role in improving cooperative mechanism, optimising global governance and promoting global financial architecture reforms has been recognised by its partners. Scholars and the public expect that China could keep taking an active part in group cooperation and they particularly acknowledge the far-reaching implications of Chinese massive investment in infrastructure on their economic development. Certainly, a number of discontented voices could also be heard, like the worries about resource-relied trade structures or industrial reprimarization, the growing concerns over China’s dominance, and public fears over the influx of Chinese investments. Therefore, understanding these different views would help China to better perceive itself, thereby effectively promoting optimization of global governance and areas of cooperation among BRICS countries.

By Center for BRICS Studies