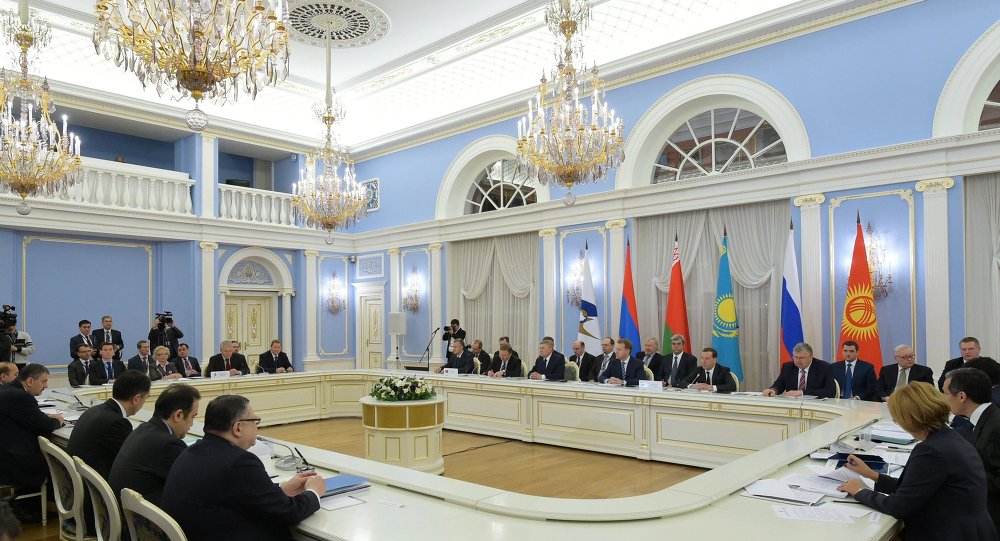 The EEU, comprising Russia, Armenia, Belarus, Kazakhstan and Kyrgyzstan, is an international organization that encourages regional economic integration through the free movements of goods, services, and people within the union.

More than 40 countries and international organizations, including China, Indonesia, Cambodia and India have expressed interest in creating a free trade zone with the bloc.

“Just two days ago we received a request from Pakistan about free trade, another one,” Slepnev said at the Gaidar Forum in Moscow.

He explained that the five member states of the union had a very large agenda, as they had received many requests from different countries looking to establish trade relations with the EEU.

“Therefore, we have to prioritize,” he added.

In August 2015, Pakistani Prime Minister Nawaz Sharif said that the country was interested in signing a free trade agreement with the bloc.