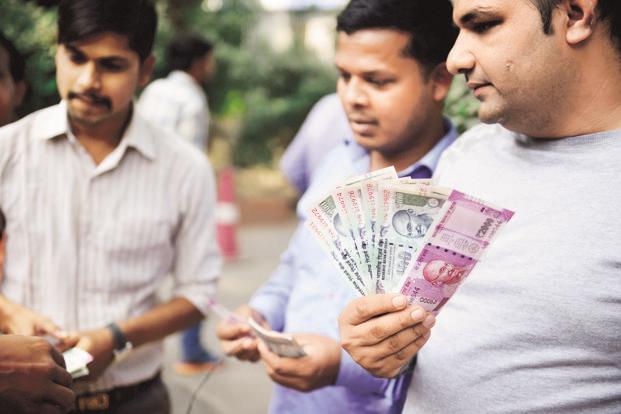 New Delhi: The Narendra Modi-led National Democratic Alliance (NDA) government seems to be considering the idea of a “Universal Basic Income” or a regular state payment to all citizens regardless of their employment status.

According to a report on the Business Insider website, dated 3 January, the move aims to provide a safety net for all citizens and remove inefficient benefit systems currently in place.

The report cites Professor Guy Standing, an economist who co-founded the Europe-based advocacy group Basic Income Earth Network (BIEN) in 1986, as saying that the scheme will be outlined in the Economic Survey—the government’s annual economic report card—which will be presented in Parliament on 31 January.

A person familiar with the developments in New Delhi said the Economic Survey would have a chapter on Universal Basic Income or UBI but the scheme is unlikely to be implemented.

D.K. Srivastava, chief policy adviser at EY India, said the budgetary cost of UBI will be heavy at present. “This may not be the opportune time to provide generalised income support. Government needs to focus on the deprived section or people below poverty line and provide targeted income support,” Srivastava said.

Chief economic advisor to the Indian government Arvind Subramanian had spoken of the UBI scheme “as an exciting idea” during an interaction with students in Bhubaneswar, according to a report in The Economic Times in September.

“The idea is gaining a lot of resonance all over the world, especially in India. So you are really on the ball here. In fact, am a bit unhappy with you for stealing the thunder of the next survey because it is going to be one of the big topics (we are going to address in that survey.) What are the pros and cons of having an universal basic income,” the report quoted Subramanian as saying in response to a question from a student.

“It is an idea that’s exciting the whole development community around the world, we should not be behind the curve…The job of the survey is to explore new ideas. It is not just what the government will immediately explore,” Subramanian had then said.

To be sure, not all of the ideas proposed in the Economic survey are implemented. For instance, Subramanian’s previous survey (presented in 2016) had proposed that the well off in agriculture should be taxed. However, the government ruled out any move to bring farmers under the tax net given the politically sensitive issue.

The Business Insider report cited Standing as saying that he was closely involved with three major pilot schemes in India—two in Madhya Pradesh and another in West Delhi. The schemes in Madhya Pradesh were launched in 2010, and provided every man, woman, and child across eight villages with a modest basic income for a period of 18 months, the report said. According to Standing, the scheme improved nutrition among the children, healthcare, sanitation, and school attendance and performance.

“The most striking thing which we hadn’t actually anticipated is that the emancipatory effect was greater than the monetary effect. It enabled people to have a sense of control. They pooled some of the money to pay down their debts, they increased decisions on escaping from debt bondage. The women developed their own capacity to make their own decision about their own lives. The general tenor of all those communities has been remarkably positive,” Standing was quoted as saying.