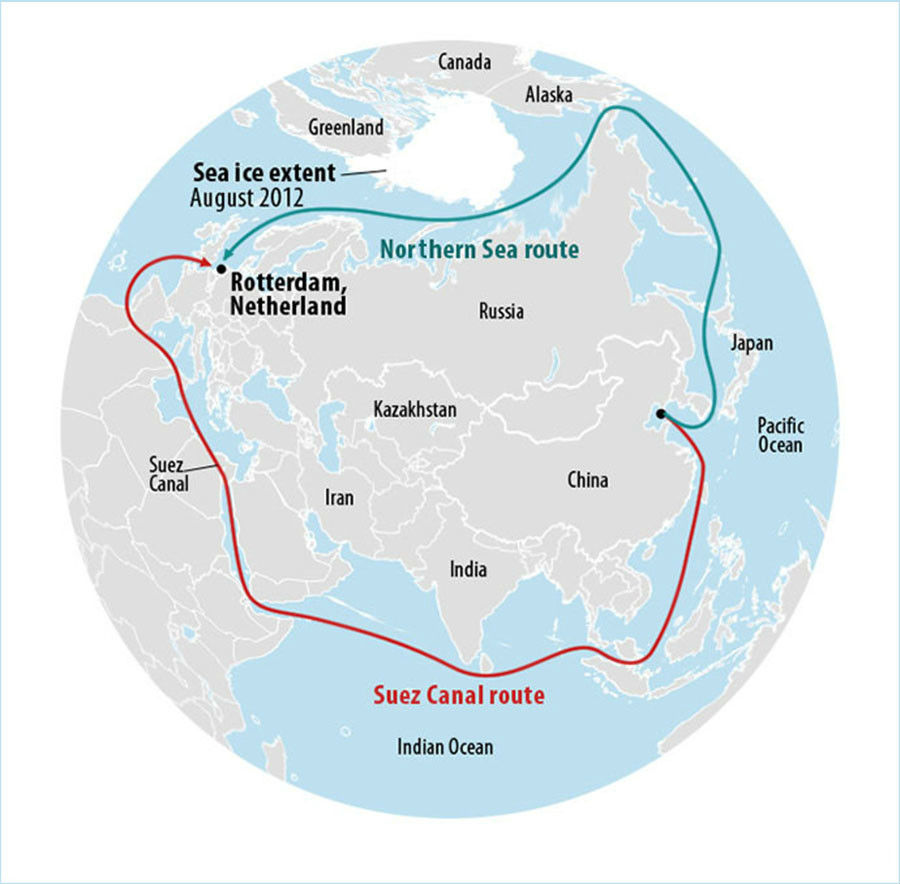 Russia wants China to participate in constructing railways to transport cargo to ports on the Arctic or Northern Sea Route, according to Russian Deputy Prime Minister Dmitry Rogozin.

“Integrated development of the Northern Sea Route guarantees the security of year-round cargo shipments both foreign and domestic,“ Rogozin said on Monday at the Arctic Forum.

“In fact, we can say now that this is not just the economic Silk Road but the cool “Arctic –Ed.”  Silk Road,” he added.

Rogozin urged government agencies responsible for the project to work with new technology for the route’s full year operations.“We have all the technological opportunities needed for that,” he said.

In June, Russian Prime Minister Dmitry Medvedev signed an order for the development of the Northern Sea Route, a passage from the Atlantic to the Pacific via the shortest route along Russia’s arctic coastline.