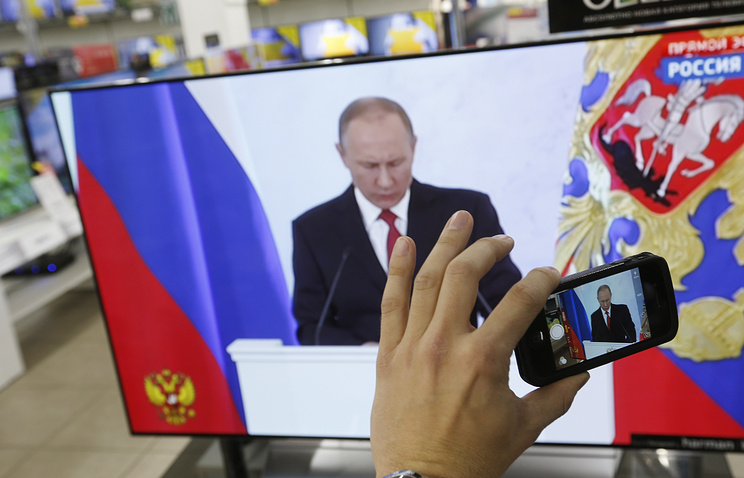 Most Russians view Russian President Vladimir Putin as the most popular politician this year, a recent public opinion poll suggests.

Selecting the writer of the year turned out to be a taxing task, as meaningful and coherent answers failed to garner more than 3%. Author Darya Dontsova topped the list with 3%, while Tatyana Ustinova came in second with 2%. That said, the popularity of other writers failed to surpass 1%,” the survey revealed.

According to the public opinion research center, Channel One talk show “Pust Govoryat” (Let Them Speak), “Golos” (Voice) and “Novosti” (news) were the most popular programs in 2016 with 11%, 8% and 6%, respectively. The most popular TV series include “Major” (8%), with “Mysteries of Investigation”, “Sled” (Trace), and “Univer” all tied with 4%. “Panfilov’s Twenty-Eight Guardsmen” and “The Crew” are considered to be the best films of 2016 according to 5% and 4% of respondents respectively.

“The general observation, which can be made, is that our compatriots do not have obvious favorites among famous athletes or big names in show business, TV and the movies: no film or TV series character could garner more than 10% in the popular ratings,” the pollster’s survey said.

The poll carried out by the Russian Public Opinion Research Center took place on December 17-18, 2016 in 130 populated areas in 46 Russian regions with 1,600 participants. The statistical error does not exceed 3.5%.