Morality is Objective and Can be Described by Laws of Physics 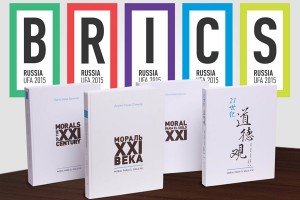 Big-time politics or morality? The famous Chilean writer, scientist and philosopher Darío Salas Sommer assume that policy is not only compatible with the norms of human morality, but will be much more effective if these standards of policy would be based on morality, because “morality is objective and can be described by the laws of quantum physics”, says Dario. Moral is material based, because it was given to human being by Nature, and exists in harmony with it and it is the main basis of life in the Universe. To violate the norms of morality, to go against the laws of nature, not only criminal and dangerous, but also unprofitable. Including economic aspect.

So says a Chilean scientist. Moreover, he believes that “today, when the world is undergoing complex and perhaps even a turning point in its history, as never before need to come to a common understanding of morality and to follow moral law, based on undisputed and obvious ultimate good.”

In this rather unexpected way of describing morality in politics and modern society key topic was raised at the last 9-10 July in Ufa summit of the BRICS countries.

In his address to the leaders of the countries participating in the summit, Darío Salas Sommer, strongly urged to remember the fundamental importance of moral principles and foundations, while addressing issues of the global political and financial problems:

I appeal to you, the leaders of the major states of our planet, sincerely hoping that these thoughts will reach inner peace of the citizens of your countries and the whole world. Throughout the history of our era, your country has provided a reliable foundation for the development of our civilization, not only economic, scientific and cultural, but also moral and spiritual. That’s why I think that each of these government leaders have a huge responsibility not only for sustainable economic growth in your countries, but also for the development of higher human values. Modern society in the pursuit of material success may lose the deep meaning of its existence. This poses global risks to all peoples of the world.

I believe that this summit will be an important milestone not only in the geopolitical development of the world, but also a powerful impetus to the revival of fundamental moral principles, respect for ethical and spiritual values of different peoples, which is so necessary in our times.

Dear friends! I am sure that you, BRICS leaders, making decisions about strategic development of the world order, know that the material and economic development can be long lasting and sustainable only if it is based on high moral, spiritual and ethical principles.

I wish you good luck and success in your work for the bright future of all mankind! 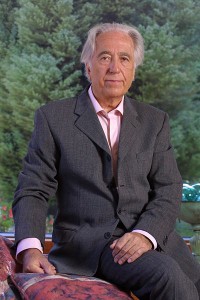 Development of the concept of physical foundations of morality Darío Salas Sommer has been doing for over 30 years. The main literary work of the author is “Morals of the XXI Century” (Moral para el Siglo XXI, 1998, Spanish original name of the book).

In August 2013 during a youth forum at Seliger this book, with the author’s signature, youth delegation from Latin America presented to the President of Russian Federation Vladimir Putin. During the Ufa summit the translated version into the all BRICS languages was presented to the leaders of BRICS countries.

In Russia, the book of Darío Salas Sommer was included into the list of 100 books of foreign authors recommended by the Union of Writers of the Russian Federation, in the framework of the presidential project “100 books”, and was included to the library collections of the main universities of the country as additional learning tools for the humanities.