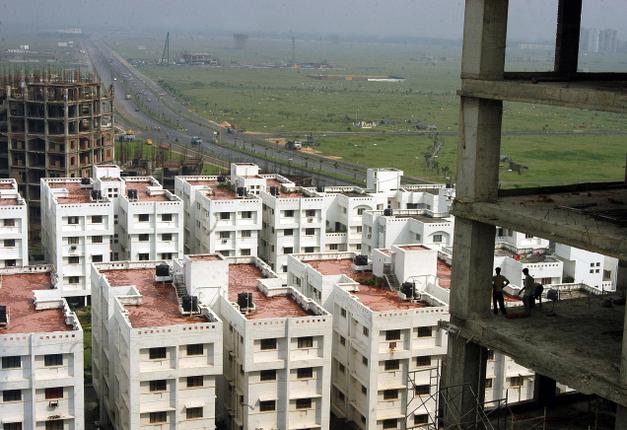 With the Modi regime completing one year in office on May 26, the author speaks to experts to track what was done for real estate.

The Modi government has taken several initiatives, the outcomes of which will be seen only in the medium-to-long term (that is, 2-3 years), says Anuj Puri, chairman and country head, JLL India. Initiatives such as developing affordable residential projects and robust infrastructure, and the inclusion of low income groups into the banking sector are important but require time to fructify. Manju Yagnik, vice-chairperson, Nahar Group, says, “The real estate market has been sluggish for over two years now, but there were expectations that things would improve with the arrival of the new government. Despite completing a year in office, no concrete policy has been implemented yet.” Echoing similar concerns, Mathews, director, True Value Homes, says the next two-three years are crucial. “The government must reduce the cost of borrowing, give us industry status, set up a single-window clearance system, and regulate the rising costs of building materials.”

Not much progress was made on the Bill since it was first approved by the previous Congress government. And in its present avatar, it has been stalled. Puri says, “Modi’s grand vision to build superior infrastructure, affordable housing projects, and smart cities is related to the success of this Bill, which could be cleared by Parliament after recommendations by the JPC (Joint Parliamentary Committee) in the monsoon session.” Mallika Ravi, CEO, Lancor Holdings, says, “The key initiatives announced by the government are all dependent on the passage of this Bill. When land prices are high, housing can be affordable only in the far-flung areas of a city. Unless infrastructure such as road connectivity, water, sewage system and electricity is provided, residential development in suburbs cannot be successful.” Galvanising an economy from a non-starter into the territory of 8 to 10 per cent growth can’t be done overnight. “Although this government is taking the right steps, a little more maturity in tying up with more allies to garner support in the Upper House will allow Modi to pass key reforms that are required to push the economy towards the 8 per cent trajectory,” says Manoj Sai, chairman and managing director, Alliance Group.

Having announced the scheme during the first Budget in June 2014, the government has since remained silent, says Puri. “The task of constructing 2.34 million homes every year as against an actual delivery of 1.2 million homes during the 11th five-year plan period (ending March 2012) is humungous. As of now, matters definitely do not look upbeat on this front, and the doubts being expressed are justified,” he says. The government’s vision of creating housing for all by 2022 is a dynamic one that will not only help revive the industry but will benefit the masses at large, says Yagnik. “While the last Budget was in favour of the public, it did not impact the real estate sector much. The service tax is likely to increase and no additional incentives have been proposed in the affordable housing segment as well. Plans are partially favourable, but implementation needs to be expedited,” she says. For the scheme to take off, Mathews says the government must ensure interest rates are reduced by another 100-200 basis points and registration costs by another 2-3 per cent to avoid multiple taxes.

As the definition of Smart Cities given in the note released by the Ministry of Urban Development is too broad, different agencies have had different interpretations of the concept. “Even though the Union Cabinet has cleared the Smart Cities Mission and allocated Rs. 48,000 crore, there is a lack of clarity on an identification criteria for qualifying cities,” says Puri. Dr. R. Kumar, managing director, Navin Housing and Properties, says making a city Wi-Fi enabled does not make it a smart one. “Our cities need to be planned differently and fundamental changes are needed for them to function smartly. Encouraging the walk-to-work concept and creating pedestrian-friendly infrastructure is important. We need to encourage public transport, mass transit systems and make our cities less automobile-dependent. It is these parameters that make a city smart.”

The past year has been very dull for the realty sector, says Shushmul Maheshwari of RNCOS. “Issues related to the Land Bill, recession and over-supply are some of the key challenges that need to be addressed. The opposition has declared the Bill as ‘pro-builders’, alleging that home buyers will not gain from it, making it difficult for the government to get it passed in the Rajya Sabha,” he says. Construction delays in many projects are the result of delays in granting statutory approvals. Puri says, “There is an exponential rise in the cost of material as a result of such delays, and this has an adverse impact on housing prices. The Bill — the government is currently considering sending it to a select committee for review — does not cover the actions of approval authorities and largely attempts at curbing malpractices at the developers’ end. We feel the Modi government could have done more on this front.”