As the World Cup 2014 kicks off in Brazil, Threadneedle examines the country’s investment prospects against a backdrop of a weaker economy and a disatisfied nation

In 2006, when Brazil won the right to host the World Cup, the government hoped it would showcase the progress the country is making to becoming an economic giant. Back then the economy was growing by 4 to 5% a year powered by high commodity prices and domestic consumption. However, economic growth has faltered in recent years. Commodity prices remain well below the peaks reached in the middle part of the last decade, while domestic demand has been softening with consumers now weighed down by high levels of debt.

The run up to the World Cup has also highlighted widespread dissatisfaction among Brazilians. Protesters have taken to the streets of many cities to attack the government for the perceived high cost of preparations for the World Cup and the 2016 Olympics, which will be hosted by Rio de Janeiro, calling for the authorities to place more priority on education, health and transport. President Dilma Rousseff, who is seeking re-election in October, has sought to deflect criticism, saying that the World Cup will spur growth.

The economy could certainly do with a lift, with GDP expanding by just 0.2% from the previous quarter in the first three months of 2014, while economic growth in the last quarter of 2013 has been revised down to 0.4%. Slowing economic growth in China, Brazil’s top trading partner, weighed on prices and export demand for key commodities like iron ore and soybeans. Moreover, the central bank has been raising interest rates since early 2013 to bear down on inflation, with the benchmark Selic rate now standing at 11%. Consumer prices have risen by about 6% a year since 2010.

Perhaps unsurprisingly given this background, President Dilma Rousseff is increasingly unpopular. Moreover, financial markets have been reacting positively to her sliding poll ratings in the belief that a new president would make the changes Rousseff is unwilling to implement. Although the president remains ahead of her two main contenders, Aécio Neves and Eduardo Campos, and we still believe she will be re-elected, a poll upset now looks far more likely than just a few months ago. Both Neves and Campos are trained economists and have been successful state governors. According to the ‘Economist’ magazine, both want to grant independence to the central bank, simplify Brazil’s convoluted tax system, slash the number of ministries and boost private investment in much-needed infrastructure.

Rousseff’s campaign managers have sought to arrest her fall with TV adverts warning that poorer Brazilians will suffer if she loses the vote. TV adverts (which are free, and distributed according to previous electoral results), are critical in Brazilian elections given the relatively low education levels of a large proportion of the population. Rousseff has a huge advantage in that she can lay claim to around two-thirds of the total advertising time allotted to the candidates. However, if Rousseff’s popularity were to plummet so low that election defeat appeared unavoidable, it is possible that her immediate presidential predecessor Luiz Inácio Lula da Silva, Brazil’s most popular and influential politician, could make a comeback. Both Lula, who served as president from 2003 to 2011, and Rousseff are members of the Workers Party. But the markets would welcome another term by Lula who was a far more pragmatic president than Rousseff has proved to be. 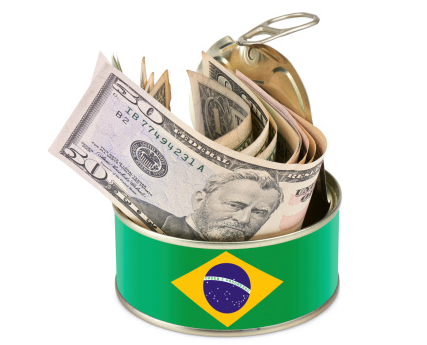 Brazilian stocks have performed well recently on the prospect that the election result could usher in a new reformist administration. However, the medium to long-term outlook for Brazil is not particularly positive. The economic model that has served Brazil – high commodity prices and strong consumer demand – appears exhausted. Rising inflation and weak growth are also just two of the problems facing the country. The current account is widening, while power blackouts and electricity rationing may be introduced as a drought prevents Brazil from recharging its hydroelectric dams. Hydro reservoirs, which generate two-thirds of Brazil’s power, are at near-record lows. In March, when Standard & Poor’s downgraded the credit rating on Brazil’s foreign currency debt, the agency said that the risks of rationing and costs associated with the drought threatened growth and investment in the country.

Given all these problems, it might appear odd that we have recently turned more positive on Brazil, thus reducing our underweight position. However, we have done so in a highly selective manner and to benefit from the rally which is linked to the possibility of a more reform-minded president taking power. In addition, generally when we research stocks, we look for a catalyst that will propel the stock higher and Brazil now has a potential catalyst in terms of a possible change of government. The Brazilian market would perform very well in that eventuality as investors bank on a new administration implementing reforms that unleash the economy’s full potential – we have seen a similar phenomenon in Mexico where a new administration is introducing wide-ranging reforms.

The companies most affected by the upcoming election are state owned and rather than taking exposure to all of them, we now have a small overweight in the energy giant Petrobras (PBR) because it is the most liquid and the most easy for international investors to buy into. By contrast, we are avoiding utilities because they could suffer if electricity is rationed. We are also wary of certain sectors which will be negatively affected by the World Cup such as airlines and retailers as people stay close to their TV screens.

Morningstar Disclaimer
The views contained herein are those of the author(s) and not necessarily those of Morningstar. If you are interested in Morningstar featuring your content on our website, please email submissions to UKEditorial@morningstar.com.