Innovation Is The Reason Brazil Alternates Between Growth And Crisis 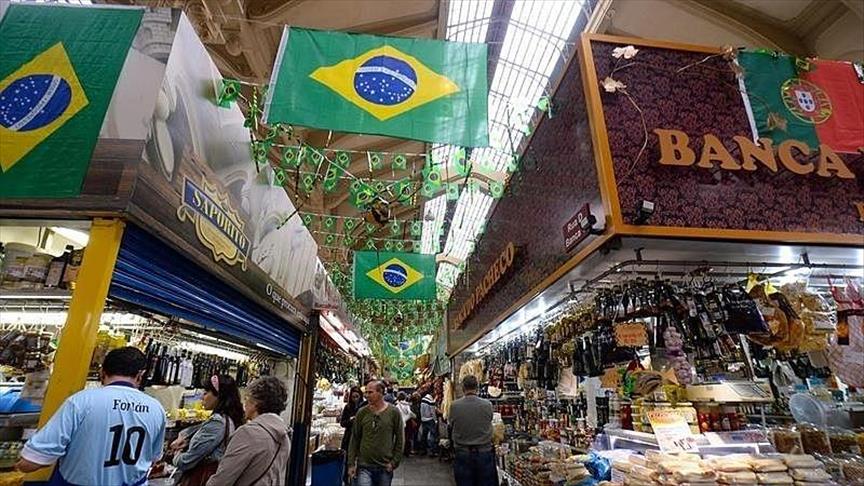 The economist Joseph Schumpeter wrote that “the entrepreneur no longer exists as an individual person in the mature industrial enterprise.” He was expressing an opinion formed over several decades: that companies, with their highly-developed organization and efficient management, would be the ones to lead the way to development and innovation, outperforming individual talent.

Schumpeter was not the only one. He was followed by writers such as Peter Drucker, John Kenneth Galbraith and Andrew Shonfield, who proposed what at the time were new ways of modeling the structure and social importance of organizations. To a certain extent, they were applying to the market and to the economy movements that had originated in politics, the result of profound structural and social changes that came about between the two World Wars. (A thorough analysis of the dynamics of this change, and its social impact, can be found in Pierre Rosanvallon’s excellent book, “The Society of Equals”.) While many of the ideas suggested at that time are still very relevant to company management, the basic argument has proved to be totally false. First of all, it was not the big corporations that produced the major revolutions in technology and social development; and what is more – and I think even more interesting – corporations at the time actually reduced their capacity to create constant value for their shareholders.

To illustrate this, look at the rate at which companies drop out of the Fortune 500: in 1960, it was taking 20 years for one third of the listed companies to be replaced; in 1998 it was taking just 4 years.

In Brazil, the situation is reversed. With the pronounced degree of economic instability, and the cycles of growth and recession that have taken place since the 1980s, it is only in recent years (from 2005 to 2014) that we have seen a long period of steady growth, producing a trend unlike that seen elsewhere in the world, with fewer large companies failing than previously. Even so, the turnover has been rapid, with one third of the largest listed companies being replaced in a period of 10 years.

These inconvenient figures should topple the myth of investment in “blue chip” companies that are able to constantly create value over a long period of time; they show, rather, how the appearance and disappearance of companies, and their capacity for leadership, is a cyclical process.

Thus identifying companies capable of innovation and of breakout into new markets and social paradigms is quite obviously the solution for a country’s economic development. Although this line of reasoning is practically a cliché in developed countries, we in Brazil are still stuck in the 1980s.

Sectors of the Brazilian government, in particular the regulatory and supervisory authorities, are still preaching the myth of “safe investment in government paper,” where “safe” means risk-free according to the financial literature.

The outlook of the Brazilian regulators ignores the basic economic tenet that an investment in government debt is simply tax paid in advance, overlooks the peculiar character of Brazilian government bonds, and concentrates on companies that are “too big to fail.” And, this outdated thinking is truly scary. By relying on a model that was current in the 1980s, they ignore concrete data on innovation and the dynamics of the economy, encouraging investment in government stock as a priority, with “alternatives” such as “investments in sound companies.”

Instead of arguing and preaching that only dynamic, vibrant economies and markets, with their virility and the choices they offer, can make the investment process safer, they are engaged in a rearguard action in defense of supposedly risk-free investments, concentrated in government stock and sound companies, ignoring the fact that, in the Brazilian context, these represent highly concentrated local oligopolies. What we have is a regulator defending concentration and discouraging investment.

Operation Car Wash (“Lava-Jato”) has hit corporate groups functioning as oligopolies in various areas, such as oil and gas, energy and construction. The impact on investors in these companies has been significant: overseas bonds and the market value of their shares have crashed, even in the case of those listed on BM&FBOVESPA’s Novo Mercado, supposedly a sign of excellence in corporate governance. It is estimated that Operation Car Wash has cost these companies something close to 2.5% of Brazil’s GDP. The myth of “large, sound companies” has been exposed.

There is no easy explanation for the approach taken by the local regulators. The fact is that the majority of Brazil’s supervisory staff is extremely conservative, almost monopolistic in nature, although they dress up in modern disguise; and, even if unconsciously, they support what the great Professor Delfim Netto described in February as “the euthanasia of the productive sector.”*

Without innovating or creating new products or industrial processes, the country is held hostage to its agricultural sector – which is not a bad thing, but imposes limits – and to this sector’s inherently cyclical nature. It is not surprising then that the country’s ranking in terms of its facility or capacity to do business is so pathetic.

In the tables issued by the World Bank, in its Doing Business report, Brazil scores pitifully low in areas such as innovation (84th), capital markets (58th) and education (93rd), with a final ranking in 120th place out of 140 countries analyzed. It would be petty and unfair to attribute this ranking only to the government’s performance: after all, “Critiquer l’Etat, c’est ton droit; mais n’oublie pas que l’Etat, c’est toi!” (“Criticize the state, it is your right; but do not forget that the state is you!”)

What I am suggesting is that bureaucracy and the difficulty of creating an innovative and competitive business in Brazil is not just a matter of law and legal procedures, but also a cultural bias toward monopoly and privilege that has infected the technical and supervisory system, helping to explain the pitiful level of investment in equities and the absence of a secondary market for private securities in Brazil; a mixture of petty liberalism and regulatory negligence.

Without a cultural change in the area of investment and supervision, Brazil will always be a cyclical, inefficient country.

« Brazil Supreme Court Moves to Curb Impunity Loophole» How will Brazil Come Through on Its Olympic Promises?