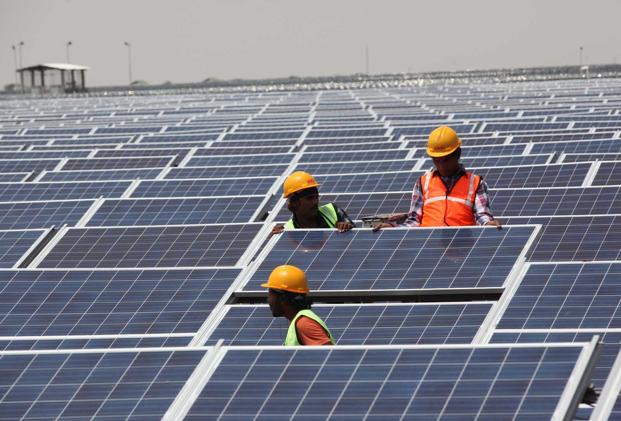 The government on Wednesday approved a post facto agreement with Germany to expand bilateral cooperation in the field of solar energy.

The Union Cabinet in its meeting today also approved another agreement with Germany to roll out the ‘Make in India’ campaign for the capital goods sector.

The Union Cabinet approved a Memorandum of Understanding (MoU), which was signed in October, 2015, between India and Germany, to expand bilateral development cooperation in the field of Solar Energy by increasing use of solar energy in India through technical as well as financial cooperation,” an official release said.

Under the agreement, Germany would provide concessional loans in the range of one billion Euros over the next five years through Kreditanstalt fur Wiederaufbau (KfW).

The funds of KfW will also be utilized for providing soft loans to the end-users through partner banks. The MoU will help in strengthening bilateral cooperation between the two countries.

India has set an ambitious target of having 100 GW solar power generation capacity by 2022 under the National Solar Mission.

Meanwhile, a separate release said that the objective of the pact between Department of Heavy Industries and Fraunhofer Gesellschaft (Germany) is to provide platform to various public sector undertakings and capital goods sector units to have easy access to capabilities and expertise of Fraunhofer for identifying and plugging technology gaps in line with 12th Five Year Plan.

Fraunhofer Gesellschaft, Germany is a leading organisation of 65 institutes for applied industrial research in Europe.

Under the MoU, Fraunhoferw will be a “Technology Resource Partner” for implementing of identified projects in manufacturing, working with various stakeholders in Government of India, Industries and academia for increased cooperation and collaboration in applied industrial research and technology development, the release said.

They have capability to provide advanced industrial technologies needed by the Indian Capital Goods Sector.