Indian cinema has had an “enormous influence” on the Latin American film industry because today movies have the capability to cross oceans and communicate irrespective of language and culture, Peruvian filmmaker Juan Daniel F. Molro said on Saturday.

“We, Latin Americans, often enjoy movies from Asia, particularly India,  Molro said during the inaugural ‘Meet the Director’ session at Tagore Theatre on the sidelines of the ongoing International Film Festival of Kerala (IFFK). 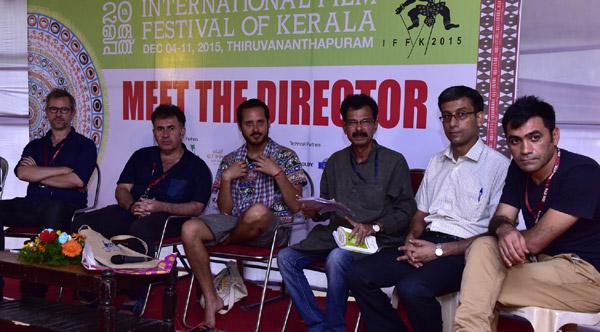 “India as a whole is different but has many similarities compared to Peru,” said the director, who is participating in the IFFK’s 20th edition with his movie “Videophilia”.

Movie directors – Iranian Hadi Mohaghegh, French Laurent Lariviere and Kurd Shakhwan Idrees spoke about the prospects of their films as well as movie-making in their respective regions, especially the challenges they faced in acquiring funding for their movies.

Lariviere, director of “I am a Soldier”, said his organisation named National Centre for Cinematography accumulates funds by conducting film festivals as well as from other sources.

“The agency also has a jury which shortlists movies and provide funds for those selected movies,” he added.

However, the other filmmakers said they often had to rely on private funding.

“In my opinion, our first movie should be made with minimum funding. However, lack of funding should not affect creativity,” said Mohaghegh, director of “Immortal”.

Earlier, T. Rajeevnath, chairman of the Kerala State Chalachitra Academy (KSCA), which is organising the event, said cinema funding was a “serious issue” and should be discussed at the IFFK.

“We are not able to completely exploit the talents of directors because of lack of proper cinema funding,” he added.

Film critic Malti Sahai said the IFFK has matured in terms of the quality of its infrastructure and choice of films as also its growing number of delegates.

Sahai, a former director of the International Film Festival of India (IFFI), said the “energy of the festival (IFFK) feels wonderful”.

“A film festival is all about the movies, the audiences and the viewing facilities on offer,” said Sahai, who chaired the selection panel that picked the two Malayalam movies in the competition section – “Ottaal” and “Chayam Poosiya Veedu”.