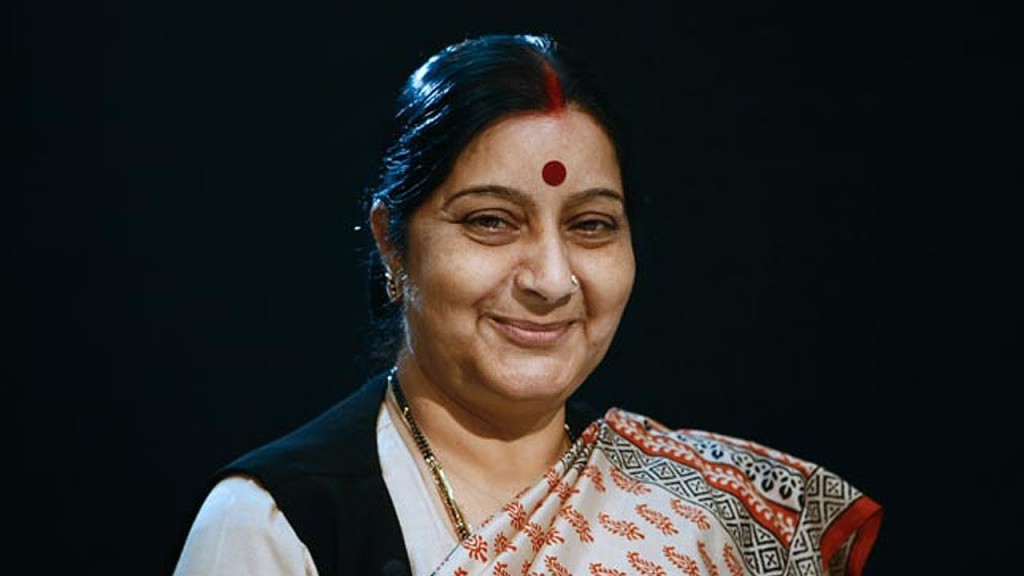 On her first trip to Egypt, External Affairs Minister Sushma Swaraj has said West Asia and North Africa are growing in significance for India’s national interests and the country will pay greater attention to the region by seeking closer cooperation and stronger partnership.

Wooing the diaspora for greater investment in India, she said the India Business Forum (IBF) has been created as a platform to promote Brand India and leverage the business interests of all Indian companies here.

“This region in the Gulf and in the West Asia and North Africa is growing in significance from the perspective of our national interests. Not only is this area home to 7 million Indians but is also crucial for our energy security, resources, and indeed our national security. We shall continue to pay greater attention to this region and seek closer cooperation and stronger partnership,” she said at the Indian community reception in Cairo on Sunday night.

Swaraj invited the diaspora to invest in the country as she listed steps taken by the government to boost trade and make India a global manufacturing hub. She said a “unique transformation” is taking place in India in both economic and political fronts and that the Narendra Modi government was determined to take the country to “new heights”.

Appealing the diaspora community to be part of the ‘India growth story’ she said, “We are committed to good governance, transparency, inclusive and sustainable growth and we as the government is ushering into an era of rapid eco development. There is a positive and upbeat business sentiment in our country.”

The External Affairs Minister said the mood and the perception about India had changed because the Modi government has shown “will and determination” in the last 15 months to ensure rapid economic development.

“We have achieved great success in the field of foreign office as well. The greatness of India now has a stronger resonance and our circle of friends has grown,” Swaraj said. Calling the overseas Indian community an “inalienable” part of India’s transformation, she appealed them to join hands with Indian government to take forward its developmental agenda.

Swaraj highlighted various initiatives of the government including the ‘Make in India’ programme to boost manufacturing with the help of world s best technology.

“Welfare of our citizens outside India, particularly in this region is a top priority of our government. We have been proactively engaging with all the stakeholders to address the concerns of our overseas community,” she said. She expressed happiness over Egyptian authorities’ decision to transfer back to India two prisoners who have served 22 and 16 years in Egyptian prison.

“They will now be able to return home soon,” she said.

Swaraj said the Gulf and the North Africa were crucial for India’s energy security and complimented the diaspora community for their contribution in ensuring stronger ties between countries of the region and India.

Talking about the last general election, she said it has given a “huge mandate” to the leadership of Prime Minister Modi and his government is now working tirelessly to fulfil the aspirations of the people. Swaraj arrived in Cairo on Sunday on the first leg of her two-nation tour. From here, she will leave for Germany on Tuesday.