MUMBAI, NOV 3: The maximum possible growth for the manufacturing sector under the ‘Make in India programme’ can only be realised if the country strikes a balance between export-led and domestic-demand led growth, said credit rating agency Crisil in a report.

Evidence points to countries having taken a dual path, Crisil said, adding India will need to nurture its export potential to make its goods competitive, yet lean on fast-expanding domestic demand to promote its manufacturing sector. 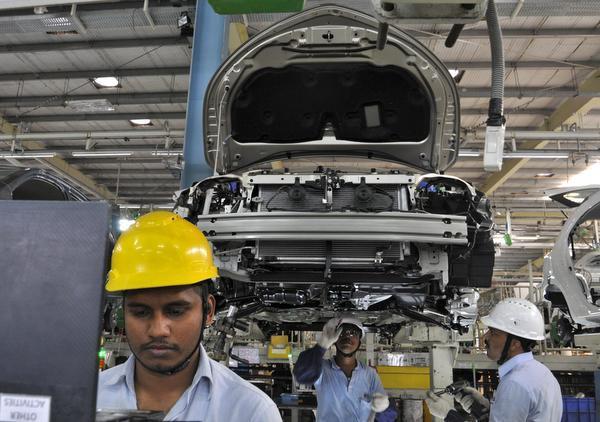 Given the subdued global demand conditions and its exaggerated impact on India compared with other emerging Asian peers, on the one hand, and its large market size, on the other, the report suggested that India should focus more on domestic demand-led growth.

“However, given that India is well-integrated with the global economy, it must constantly strive to improve its competitiveness rather than follow protectionist policies.

“As seen from various competitiveness rankings, India seems to be moving in this direction. There are two roads (export-led and domestic demand led growth), and India must necessarily walk both, to achieve the full potential of its Make in India programme,” the report said.

Underscoring that not every advanced country has benefitted from free trade, though at the aggregate level it has benefitted both importing and exporting nations, the agency felt that this is now breeding discontent in the segments that have been left out, leading to a backlash against trade. The slide in investment demand too is limiting global trade opportunities.

“Using exports to prop up manufacturing growth is, therefore, unlikely to be as easy for India as it was for the East Asian economies. However, India cannot put the entire blame on the global environment for its poor export performance.

“While India’s share in global exports is falling, those of Bangladesh, Vietnam and China is still rising despite the adverse environment,” the report said.

It noted that even though China’s export share in its own GDP is slipping, it still looms large because its share in global exports continues to rise.

The report observed that “As China moves up the ladder of sophistication in manufacturing, it is slowly vacating space in low-end manufacturing.

“Capturing this low-end segment could particularly benefit Indian economy, since it has the potential of providing employment to low-skilled workforce. However, India seems to be lagging behind Vietnam and Bangladesh in the race to capture this space.”

Crisil opined that it is hard for Indian manufacturing firms to be competitive given constraints such as inadequate physical infrastructure (reliable power, water), inflexible labour laws and an opaque land acquisition system. And once the goods are produced, they are faced with other inefficiencies in the system, such as logistical bottlenecks.

“But there is light at the end of the tunnel. Some green shoots are emerging in the form of improved global competitiveness, as indicated by India’s rankings in the World Economic Forum’s Global Competitiveness Index, World Bank’s Ease of Doing Business and Logistics Performance indices, and Transparency International’s Corruption Index,” the agency said.

Another clear positive for India is the large size of its domestic market, it said, adding not only is India the third largest economy in Purchasing Power Parity terms, it is also currently the fastest growing large economy.

Empirical evidence suggests that when economy is in the middle income phase, demand for manufactured goods accelerates with every unit increase in income. For India, which has recently entered the middle income segment and is the fastest growing large economy, this implies that its domestic market is at the cusp of an expenditure boom.

Crisil emphasised that to realise the potential of the domestic market for India’s manufacturing sector, the government should focus on improving purchasing power across all sections. Unlike exports which are primarily determined exogenously through external demand, components on domestic demand are dependent on domestic income.

“Hence, policy measures that ensure distribution of income growth to all sections will sustain domestic demand-led growth. This need not be achieved by merely subsidising the poor, but also by empowering them to participate in the growth process.

“Measures such as financial inclusion, education, fair property rights, and price stability can serve as catalyst in ensuring equitable growth,” the agency said.